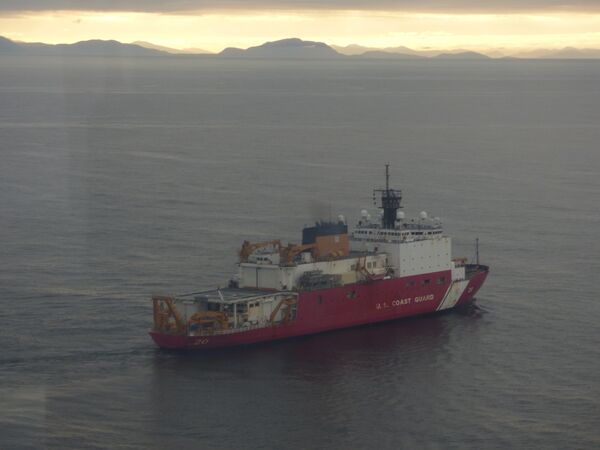 The US Coast Guard cutter Healy is testing a new satellite communications network in the Arctic during its upcoming Arctic deployment. (Michael Fabey)

“We're going to prototype Starlink [communications] in the Arctic this year,” Capt Boda told Janes on 23 July during a port call in Seward, Alaska, en route to a deployment in the higher latitudes, which includes a planned trek to the North Pole.

Capt Boda touted the potential for such a capability in a region infamous for spotty, unreliable, and often nonexistent communications.

“That'll be a big step forward,” he said. “High-latitude communications is really important for command-and-control.”

Such unreliable communications can be a novelty for young USCG officers first venturing into the high latitudes and the Arctic, he said. “When I was an ensign, we were joking about how nice it is to come off the grid for a bit. And the CO [commanding officer] of an icebreaker may not be able to talk to anyone [because of the lack of reliable communications]. On an icebreaker, there's a lot of autonomy in what we do.”

However, as global security competition heats up in the Arctic, there is a greater need to overcome communications limitations.

“Times are changing,” Capt Boda said. “It's been a long struggle to get connectivity.”

The launch of Starlink LEO satellites in July could provide USCG Arctic assets – as well as other Defense Department platforms – that kind of communications capability in higher latitudes.

“That will be a great opportunity,” Capt Boda said.