The US Air Force (USAF) is to shortly move ahead with production of its next-generation area-attack weapon, with the disclosure on 15 July that it is to issue a request for proposals (RFP) for manufacture of the BLU-136/B warhead. 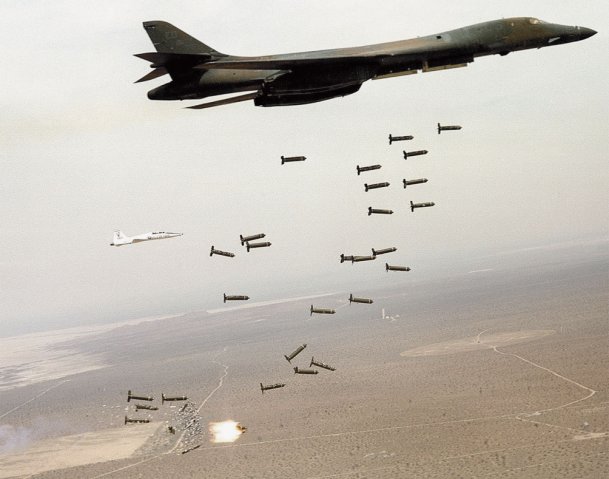 A B-1B bomber dropping cluster munitions during tests. The USAF is replacing this class of weapon that spreads live bomblets across a large area with a family of next-generation bombs that use fragmentation to achieve the same effect. (US Air Force)

A pre-solicitation notification posted by the Air Force Materiel Command (AFMC) on the Federal Business Opportunities (FedBizOpps) website says that the service will issue an RFP for production of an undisclosed quantity of BLU-136/B warheads on or about 31 July. No contract value was given.

The notification comes about four months after Jane’s reported the USAF’s plan to more than double the number of BLU-136/B warheads it is to procure to replace the cluster munitions it is obligated to retire.

Specifically, the service is to increase its total procurement from between 1,000 and 6,000 warheads over four years, to about 15,000 over the same period. This number covers domestic and Foreign Military Sales (FMS) and, as is usual with such procurements, production will be spread over two contractors.

The US Air Force (USAF) is to shortly move ahead with production of its next-generation area-attack ...