The US Air Force (USAF) is to field interim enhancements to the problematic Remote Vision System (RVS) for its Boeing KC-46A Pegasus tanker-transport aircraft. 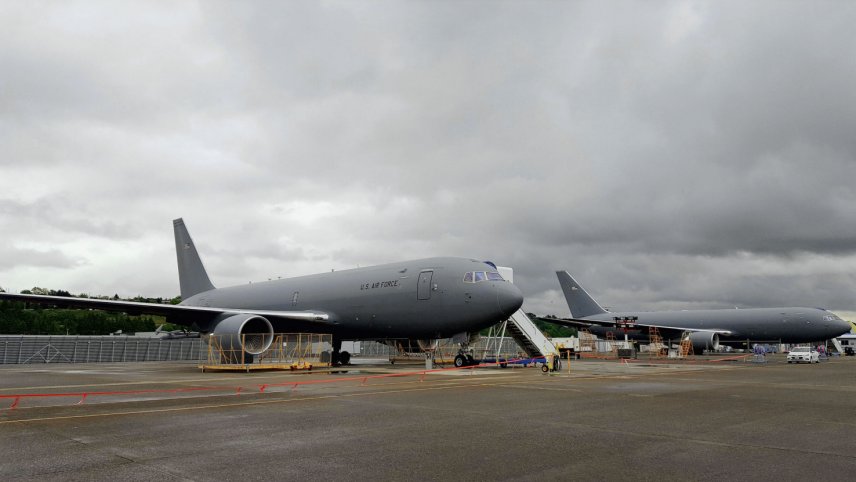 A pair of Boeing KC-46A Pegasus tanker aircraft prior to delivery to the USAF. The service is to filed an interim solution for its remote vision system problem, to be known as ERVS. (Janes/Gareth Jennings)

The Air Force Materiel Command (AFMC) announced the move on 2 December, saying that demonstration flights conducted over the summer (third quarter) had validated the Enhanced Remote Vision System (ERVS) as a stopgap measure until RVS 2.0 is rolled out in late 2023. RVS 2.0 is the agreed final solution to resolve Category 1 deficiencies associated with the current RVS.

“The implementation of ERVS will provide some benefit to our ‘Total Force’ boom operators in the near-term, but most importantly will not delay the fielding of RVS 2.0,” General Jacqueline Van Ovost, commander of Air Mobility Command (AMC), was quoted as saying.

As noted by the AFMC, “the ERVS updates to try and solve these issues in the interim will include software-only improvements to help fix image distortion issues and tailor the display for each user’s specific vision characteristics on the fielded RVS on KC-46A aircraft. These updates are expected to be completed in late 2021.”

The US Air Force (USAF) is to field interim enhancements to the problematic Remote Vision System (RV...