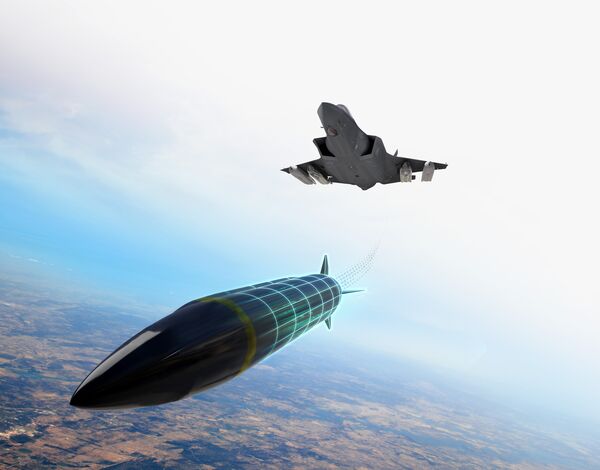 The SiAW is being built for the F-35, but Lockheed Martin said the USAF could use it across its spectrum of aircraft. (Lockheed Martin)

The programme is expected to deliver leave-behind assets within 60 months as a part of the USAF's rapid prototyping initiative. The service released a request for information (RFI) in 2020 and in March 2021 designated Boeing, L3Harris, Lockheed Martin, Northrop Grumman, and Raytheon as companies that have the means to develop the weapon via a 'limited sources justification and approval' process.

With a short development horizon, Lockheed Martin is using StarDrive, a digital engineering toolkit developed at its Skunk Works facility. Lockheed Martin is the prime contractor on the F-35. “Working closely with their engineers, and the ability to do digital mating of our weapon; I'm not going say it makes it easier, but it makes it less cumbersome,” Bryan Gates, multi-domain command and control business development officer for Lockheed Martin, told Janes .

Gates said the programme is meeting the company's “internal timeline”, but he could not comment on when the USAF might begin phase two of the programme, which would include a fly off.