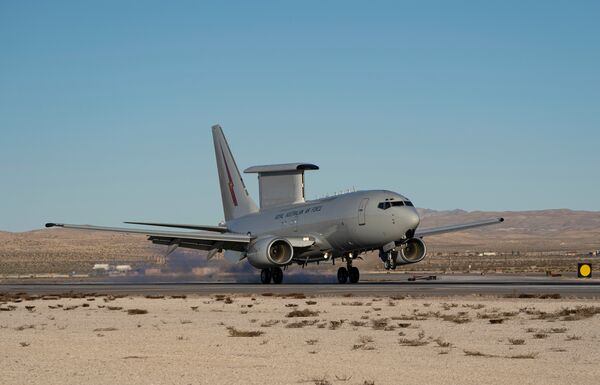 Seen here in Australian service, the Boeing E-7A Wedgetail is being lined up by the US Air Force as a replacement for its ageing E-3 Sentry AWACS fleet. (DVIDS)

The US Air Force (USAF) has launched an effort to replace its ageing fleet of Boeing E-3 Sentry Airborne Warning and Control System (AWACS) aircraft, with the intent of fielding the same company's E-7 Wedgetail.

The USAF issued a notice of contract action, titled ‘E-3 Replacement Aircraft Studies & Analyses', on 19 October, in which it announced it is to sole-source Boeing to perform studies, analyses, and activities required to ascertain the E-7A baseline configuration, and to determine what additional work the US government might need to accomplish meeting the USAF configuration standards and mandates.

“The Aircraft Rapid Prototyping Requirements Document has specifically called out the E-7A, and it has been determined that this is a sole-source requirement,” the USAF said.

The USAF has 31 AWACS aircraft, which it designates E-3G now that they have gone through the Block 40/45 modernisation process. Based on the 707 airframe, the platform has been in service for nearly 45 years. With the United Kingdom having recently retired its E-3D AEW1 platforms in favour of the E-7A, and NATO examining its future options, senior USAF leaders have been voicing their preference for the E-7A for some months now.

The US Air Force (USAF) has launched an effort to replace its ageing fleet of Boeing E-3 Sentry Airb...