The US Air Force (USAF) has issued a request for information (RFI) to develop the Stand In Attack Weapon (SiAW) to equip the Lockheed Martin F-35A Lightning II Joint Strike Fighter (JSF). 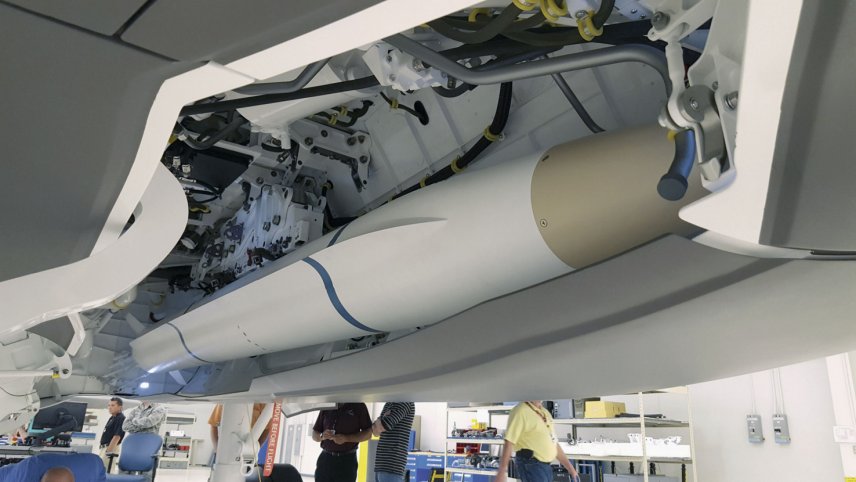 A model of the AARGM-ER missile being used for a fit check in an F-35 weapons bay. The SiAW missile will leverage this missile to provide the F-35A with an internally-carried A2/AD capability. (Northrop Grumman)

The sources sought solicitation issued on 8 January calls for potential vendors ahead of the engineering and manufacturing development (EMD) phase of the SiAW that is geared at affording the USAF’s F-35As with an internally-carried anti-access/area denial (A2/AD) capability.

“[The USAF] is seeking to integrate advanced technologies into SiAW. SiAW is an air force air-to-ground weapon designed to hold at risk surface elements of the A2/AD environment”, the RFI said.

As noted by the USAF, the SiAW will heavily leverage the US Navy’s Northrop Grumman AGM-88E Advanced Anti-Radiation Guided Missile-Extended Range (AARGM-ER) programme, currently in the early stages of development by PMA-242. The SiAW modifications will make the weapon relevant for fifth-generation aircraft, and include the development and integration of a warhead and fuze capable of prosecuting an expanded target set, an Active Radar Homing (ARH) guidance system, and a Universal Armament Interface (UAI) message set for the SiAW missile and F-35A aircraft. The SiAW will also seek development of future advanced capabilities to keep it relevant for evolving threats, the USAF noted.

The US Air Force (USAF) has issued a request for information (RFI) to develop the Stand In Attack We...