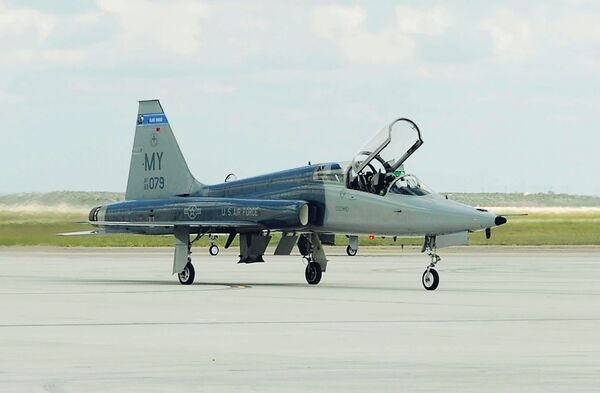 The USAF has grounded 40% of its T-38 fleet because of the CAD issue. (US Air Force)

The US Air Force (USAF) said that 40% of its Northrop T-38 Talon training aircraft may be affected by a defect with Martin Baker ejection seat cartridge actuated devices (CAD). The US Navy (USN), UK Royal Air Force (RAF), and German Luftwaffe also announced groundings related to the potential problem.

In a statement to Janes on 28 July, the USAF said approximately 203 T-38 and 76 Beechcraft T-6 Texan II aircraft (15% of the fleet) could be affected by the CAD issue. The fleets were grounded on 27 July and the service planned to lift the grounding on unaffected aircraft on 28 July.

“Only aircraft equipped with CADs within a limited range of lot numbers are affected,” the service stated. “The CAD will be replaced at the aircraft's assigned squadron and the aircraft will be inspected before its next flight.”

The navy told Janes that some aircraft were grounded, but would not disclose how many.

The USN said it used “validated radiography procedures” on existing CADs in its inventory to replace the affected devices in the fleet.

The US Air Force (USAF) said that 40% of its Northrop T-38 Talon training aircraft may be affected b...