The US Air Force (USAF) is to upgrade its fleet of Boeing F-15 Eagle combat aircraft with an enhanced ejector seat to be supplied by Collins Aerospace Systems. 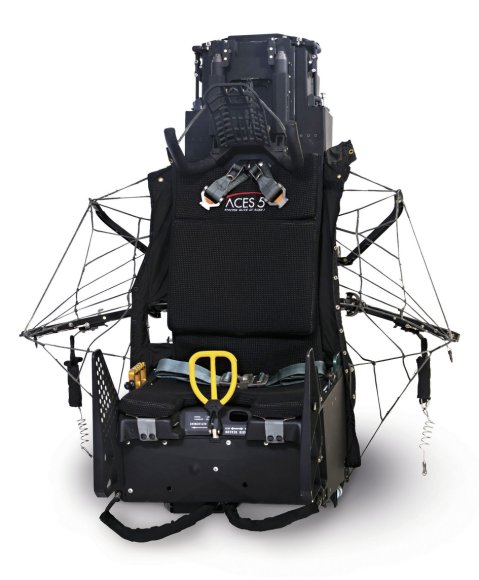 The seat provider announced on 29 October that it had been awarded USD700 million to replace the current Boeing ACES 2 seat in the entire USAF F-15 fleet with its latest ACES 5 system by 22 October 2030.

“ACES 5 is Collins Aerospace’s next-generation ejection seat and features enhanced head, neck, arm, and leg flail prevention, in addition to a load-compensating catapult based on the occupant’s weight. ACES 5 reduces overall ejection-related major injuries to less than 5% and ejection-related spinal injuries to less than 1%,” said the company, which is a unit of Raytheon Technologies Corp. “Collins Aerospace ACES 5 seat provides MIL-HDBK-516C safety while meeting [US] government requirements to include a qualification schedule planned within USAF programme objectives and equal or lower life-cycle costs.” Most recently, the seat was selected for the USAF’s Boeing T-7A Red Hawk trainer.

In terms of numbers, the USAF could field in excess of 400 F-15D, F-15E, and F-15EX-variant Eagles (the F-15C being slated for retirement in the coming years) by October 2030. While the F-15D/E fleets are twin-seaters, the F-15EX is understood to be a single-seater with the rear cockpit station blanked off.

The new ejector seats are part of a wider upgrade plan for the F-15. In July Janes

The US Air Force (USAF) is to upgrade its fleet of Boeing F-15 Eagle combat aircraft with an enhance...