The US Air Force (USAF) has demonstrated the gatewayONE ‘fifth generation’ connectivity payload in a series of tests over the Yuma Proving Ground in Arizona. 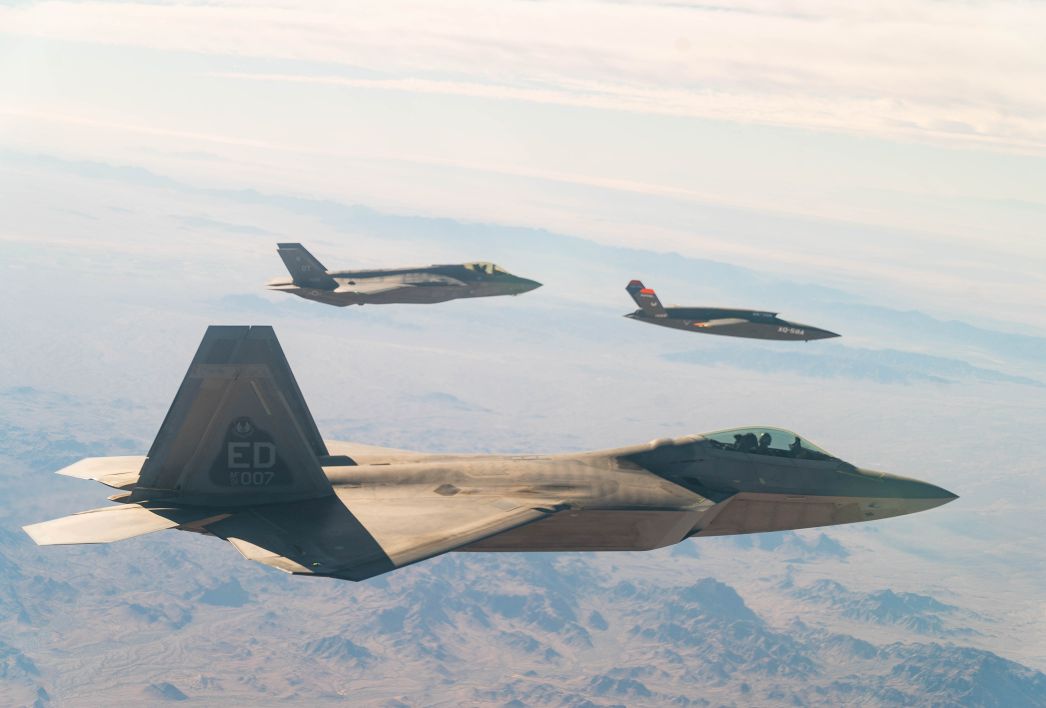 A US. Air Force F-22 Raptor and F-35A Lightning II fly in formation with the XQ-58A Valkyrie UAV over the U.S. Army Yuma Proving Ground testing range in Arizona, during a series of gatewayONE ‘fifth generation’ connectivity tests on 9 December. (US Air Force)

The service announced that the Air Force Research Laboratory (AFRL), along with partner Kratos Defense & Security Solutions, Inc., had flown with the gatewayONE payload aboard a XQ-58A Valkyrie UAV demonstrator in formation with a Lockheed Martin F-22 Raptor and F-35 Lightning II Joint Strike Fighter (JSF) on 9 December.

“During the test event, an F-22 Raptor and F-35 Lightning, the air force’s two fifth-generation fighters formed up off the wings of the smaller Valkyrie as it continued to fly autonomously in formation. This is a major milestone in the service’s efforts to provide low cost force multipliers in relevant operational environments,” the USAF said on 15 December.

Developed by Kratos and the AFRL as part of the latter’s Low Cost Attritable Aircraft Technology (LCAAT) portfolio, the XQ-58A (also known as attritableONE) is designed to be a runway-independent, re-usable unmanned air vehicle capable of a broad range of operational missions.

According to the USAF, the Valkyrie met 80% of the overall flight test objectives with 100% of the formation flying objectives being met before safely landing in the Arizona desert. “This was just a first step at demonstrating the potential of the force multiplier effects of attritable aircraft in a manned/unmanned environment,” AFRL commander, Brigadier General Heather Pringle, was quoted as saying.

The US Air Force (USAF) has demonstrated the gatewayONE ‘fifth generation’ connectivity payload in a...