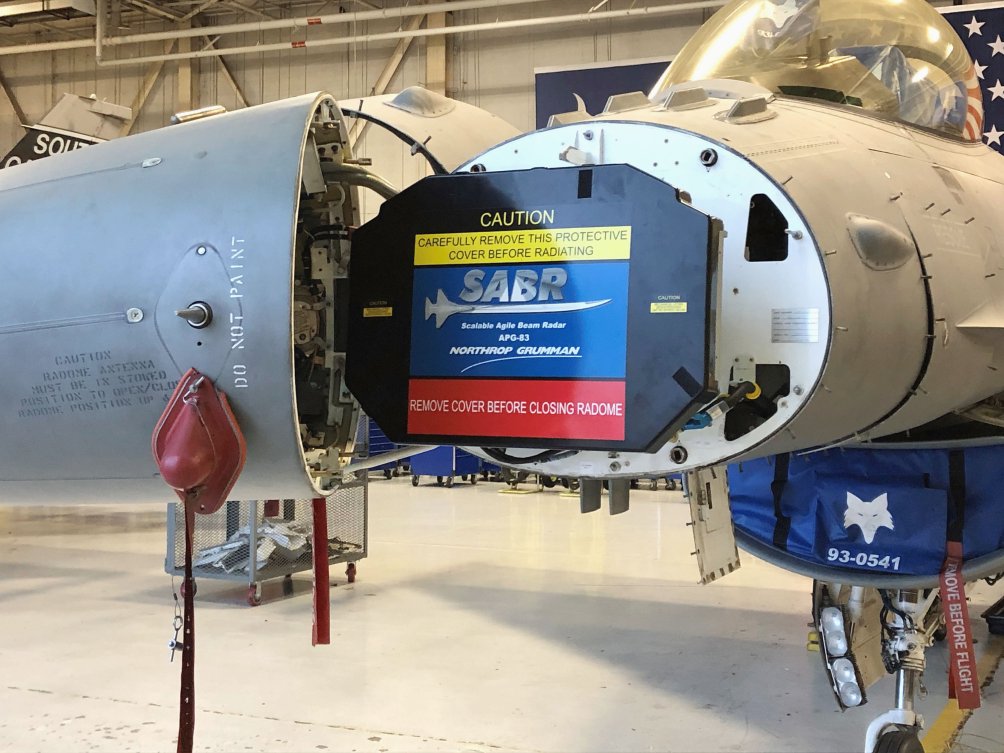 The milestone, announced by Northrop Grumman on 15 October, is the latest development in the USAF’s effort to replace the F-16’s mechanically scanned AN/APG-66 and AN/APG-68 radars with the latest active electronically scanned array (AESA) technology and marks the fulfilment of a US Northern Command Joint Emergent Operational Need (JEON) for homeland defence.

“SABR enables F-16 pilots to detect, track, identify, and target a greater number of threats faster and at longer ranges from outside the threat envelope,” said Mark Rossi, director of SABR programmes at Northrop Grumman. “This upgrade will keep the multirole F-16 fighter relevant and capable for decades to come.”

On 7 September the USAF began the installation of AN/APG-83 radars on ANG F-16s at Joe Foss Field in South Dakota: the fourth USAF base to receive AN/APG-83 upgrades.