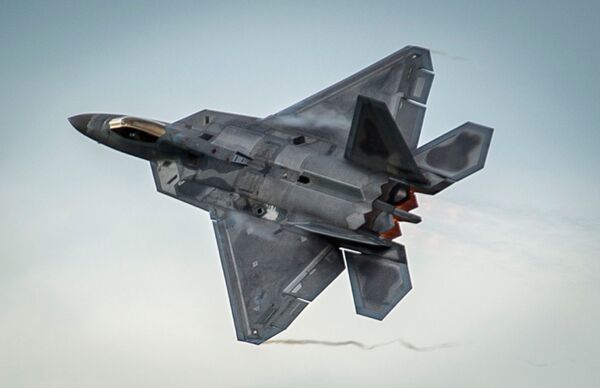 The US Air Force has earmarked close to USD11 billion to future upgrades for its fleet of 186 F-22 Raptor aircraft over the coming decade. (US Air Force)

The service awarded the original equipment manufacturer USD10.863 million on 5 November for Advanced Raptor Enhancement and Sustainment for the F-22 Program Office.

“This [indefinite-delivery/indefinite-quantity] contract vehicle provides support for the necessary supplies and services to sustain and modernise the F-22 Raptor, including modernisation hardware kit procurement and services such as upgrades, enhancements, and fixes, as well as performance-based logistics services,” the contract notification said.

The location of performance is Fort Worth, Texas, and if all options are utilised, work is expected to be completed by 31 October 2031.

The USAF fields 186 F-22s, with the ‘fifth generation' type's all-aspect stealth making it difficult to detect for all but the most advanced of systems and dedicated of operators. It is employed in both the air-to-air and air-to-ground roles.

In its air-to-air combat role, this stealth is maintained by internal weapons bays that can carry six Raytheon AIM-120 Advanced Medium-Range Air-to-Air Missile and two AIM-9M Sidewinder short-range air-to-air missiles, plus it is equipped with an internal M61A2 20 mm Gatling-gun with 480 rounds. The aircraft's stealth capabilities are also maintained in its secondary air-to-surface role, with the internal bays being able to carry a combination of the GBU-39 SDB and Joint Direct Attack Munition as well as AIM-120s and AIM-9s for self-defence. For missions where stealth is not required, additional weapons and/or drop tanks can be carried on underwing hardpoints.

The US Air Force (USAF) has committed nearly USD11 billion to future upgrades for the Lockheed Marti...