The US Air Force (USAF) is claiming to have scored the world’s longest air-to-air kill, with a Raytheon AIM-120 Advanced Medium-Range Air-to-Air-Missile (AMRAAM) fired from a Boeing F-15 Eagle. 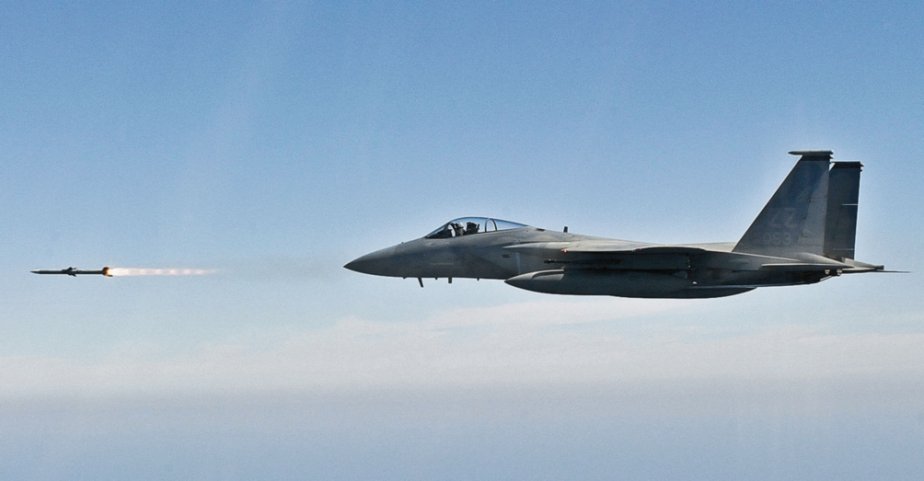 An illustrative image of an F-15C firing an AIM-120 AMRAAM. No image of the claimed world’s longest shot has been released, and neither has the USAF said how long the shot actually was. (Raytheon)

No distance was provided for the feat, which, the USAF said, saw an F-15C shoot down a BQM-167 target drone during the Combat Archer series of exercises in March.

“The 28th Test and Evaluation Squadron partnered with the 83d Fighter Weapons Squadron to execute the longest known air-to-air missile shot to date during March. An F-15C Eagle fired an AIM-120 AMRAAM at a BQM-167 subscale drone, resulting in a ‘kill’ of the aerial target from the furthest distance ever recorded. The test took place out of Tyndall Air Force Base (AFB), Florida, in conjunction with Weapons System Evaluation Program (WSEP)-East,” the service said.

According to the USAF, the test was conducted in support of requests from the service’s chief, General Charles Brown, for “long-range kill chain” capabilities. “Key partnerships within the 53rd Wing enabled the expansion of capabilities on a currently fielded weapons system, resulting in warfighters gaining enhanced weapons employment envelopes,” Major Aaron Osborne of the 28th Test and Evaluation Squadron was quoted as saying.

The US Air Force (USAF) is claiming to have scored the world’s longest air-to-air kill, with a Rayth...