General David Goldfein said on 1 July during a Brookings Institute event that the C-17 effort had been “a mess” and that the USAF almost lost the programme many times. Doug Birkey, Mitchell Institute for Aerospace Studies executive director, told Janes on 1 July that this was because the C-17 was one of the final aircraft McDonnell Douglas designed and built prior to Boeing acquiring the company in the mid-1990s. It took years to resolve systems integration and basic design elements of the C-17 that needed a lot of work, he said, and that the engineering staff had struggled. 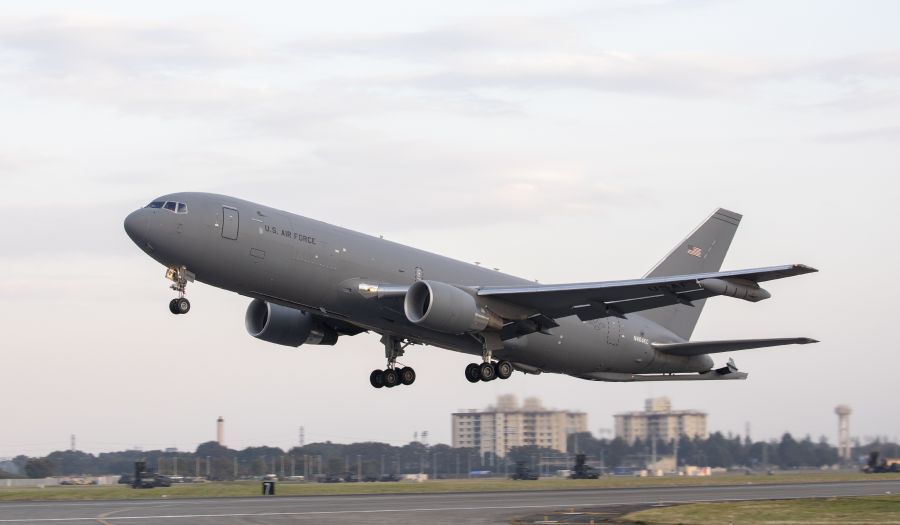 A Boeing KC-46A Pegasus takes off from Yokota Air Base, Japan, on 28 October 2018. General David Goldfein, USAF chief of staff, believes the KC-46A will overcome its troubled development to become an essential platform as did the C-17, which was once threatened to be cancelled early. (US Air Force)

The Government Accountability Office (GAO), in an April 1994 report, described the C-17 programme as troubled almost since its inception and that it had fallen short of original cost, schedule, and performance expectations. The GAO said at the time that C-17 reliability was significantly less than expected and that it could not meet payload and range specifications. The C-17 had immature mission computer software, inadequate built-in test capability, and the inability to perform airdrop missions.

The US Air Force (USAF) is now expecting the first flight of its Northrop Grumman B-21 Raider long r...