The US Air Force (USAF) is strengthening its Battlefield Airborne Communications Node (BACN) fleet, with a further six aircraft to be procured over the coming five years. 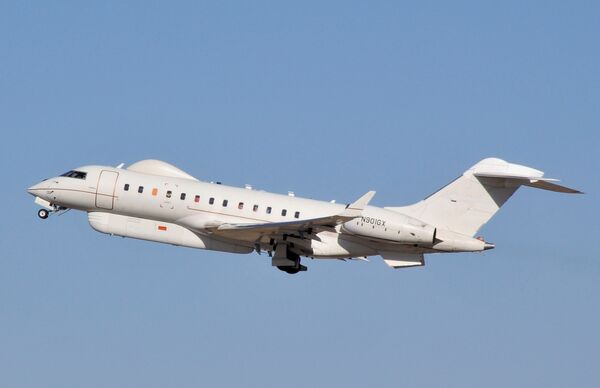 The US Air Force is beefing up its BACN force, with a further six E-11A aircraft to be procured through to 2026. (Janes/Patrick Allen)

The Department of Defense (DoD) announced on 1 June that Learjet Inc., located at Wichita in Kansas, has been awarded USD464.9 million for the procurement of up to six Bombardier Global 6000 aircraft and completion work out to May 2026.

The BACN system is designed to increase the range of voice communications in mountainous terrain by relaying the signal over an extended distance. It can also act as a bridge between frequencies, enabling a convoy commander on a frequency-limited radio to talk with a supporting close-air-support asset on a different frequency

News of the contract came some five months after the USAF first disclosed that it was to expand its BACN fleet that was and is currently comprised of three Bombardier Global 6000 regional jet-based E-11As (one of the original four was lost on operations in Afghanistan in 2020) and four Northrop Grumman RQ-4 Global Hawk unmanned aircraft. In January, the USAF awarded Northrop Grumman USD3.6 billion for continued BACN operations, sustainment, and support through to January 2026.