The US Air Force (USAF) has begun divesting itself of the Rockwell B-1B Lancer strategic bomber aircraft as it prepares for the introduction into service of the Northrop Grumman B-21 Raider. 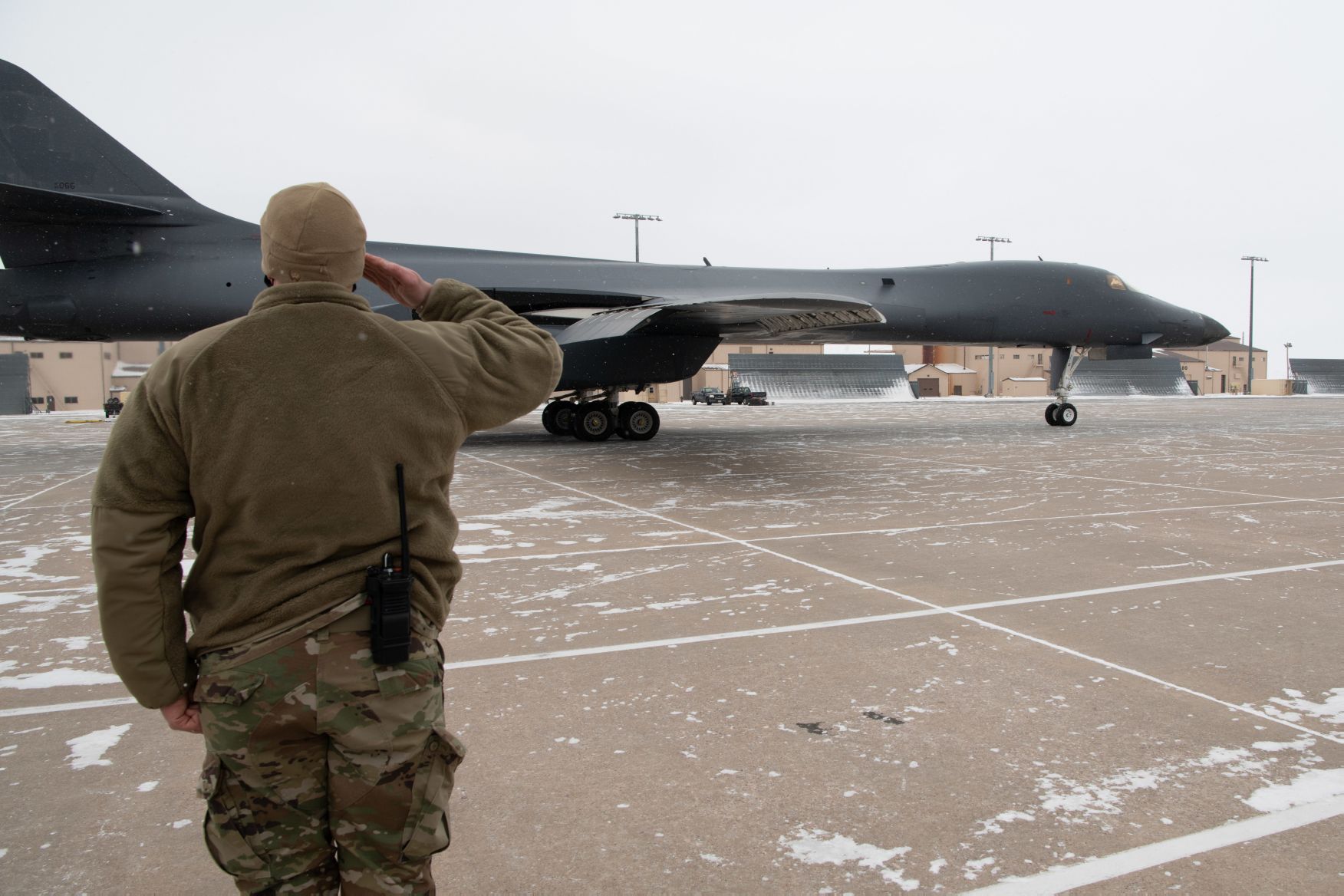 The first of 17 B-1Bs to be retired by the USAF prepares to depart from its home station of Ellsworth AFB in South Dakota. The service fields 62 B-1Bs, meaning that 45 will remain operational once this initial divestment is complete (though four of the 17 will be stored in a reclaimable condition, should they be needed again). (US Air Force)

The first of an initial 17 B-1Bs left its home station of Ellsworth Air Force Base (AFB) in South Dakota on 17 February. The USAF currently fields 62 B-1Bs, which means that 45 will remain operational once this initial divestment is complete (though four of the 17 will be stored in a reclaimable condition, should they be needed again).

“Beginning to retire legacy bombers, to make way for the B-21 Raider, is something we have been working toward for some time,” General Tim Ray, Air Force Global Strike Command (AFGSC) commander was quoted as saying. “Due to the wear and tear placed on the B-1 fleet over the past two decades, maintaining these bombers would cost tens of millions of dollars per aircraft to get back to status quo , and that’s just to fix the problems we know about. We’re just accelerating planned retirements.”

As noted by the USAF, continuous combat operations over the last 20 years have taken a toll on the airframe’s structure. Currently, a small portion of the B-1Bs are in a state that will require approximately USD10 million to USD30 million of work per aircraft through to the introduction into service in the coming years of the B-21.

The US Air Force (USAF) has begun divesting itself of the Rockwell B-1B Lancer strategic bomber airc...

Under the Biden administration, the US will likely retain its core defence posture and policy in the...

The US Air Force (USAF) is to upgrade its Textron T-6A Texan II turboprop aircraft as part of a wide...