The US Air Force (USAF) has awarded Northrop Grumman a contract to recapitalise the intercontinental ballistic missile (ICBM) element of the nuclear strategic triad. 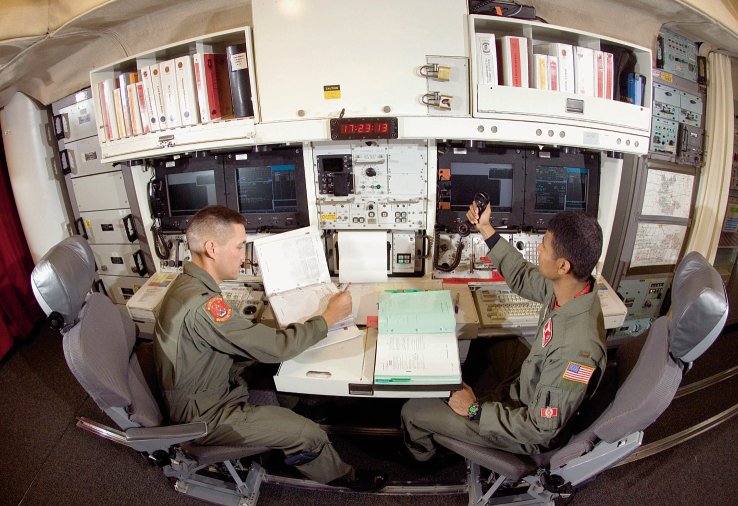 A USAF missile combat crew on alert at an underground ICBM control centre. The service has contracted Northrop Grumman to develop and build the successor to its Minuteman III ICBMs that have been operational since the 1970s. (US Air Force)

The engineering and manufacturing development (EMD) award, given by the Air Force Nuclear Weapons Center (AFNWC) at Hill Air Force Base in Utah on 8 September, is valued at USD13.3 billion and will run through to February 2029.

“Northrop Grumman Systems Corporation, Roy, Utah, has been awarded a USD13,293,562,839 cost-plus-incentive-fee contract for a tested and fully qualified design of the Ground Based Strategic Deterrent (GBSD). The GBSD will replace the Minuteman III Intercontinental Ballistic Missile Weapon system,” the contract notification said.

The EMD award follows a three-year technology maturation and risk reduction (TMRR) phase-one effort under the GBSD competition. It will include weapon system design, qualification, test and evaluation, and nuclear certification. Upon successful completion of the EMD phase, the Northrop Grumman team will begin producing and delivering a weapon system to meet the USAF schedule of initial operational capability (IOC) by 2029.

Under its GBSD programme, the USAF is looking to replace the Boeing LGM-30G Minuteman III ICBM that has been in service since the early 1970s. Previously dubbed Minuteman IV and then GBSD/Land-Based Strategic Deterrent (LBSD), the effort will see the air force replace the missile boosters while retaining the nuclear warheads.

The US Air Force (USAF) has awarded Northrop Grumman a contract to recapitalise the intercontinental...

Boeing will not compete in the US Air Force’s (USAF’s) intercontinental ballistic missile (ICBM) rep...

US Army General Paul LaCamera, the Biden administration’s nominee to be the next commander of US For...
Request Consultation