The Royal Navy (RN) announced on its website on 4 May that it and the US Navy (USN) have started training within the Arctic Circle. NATO surface vessels have for the first time since the mid-1980s entered the Barents Sea bordering Murmansk and Russia’s nuclear submarine bases on the Kola Peninsula. 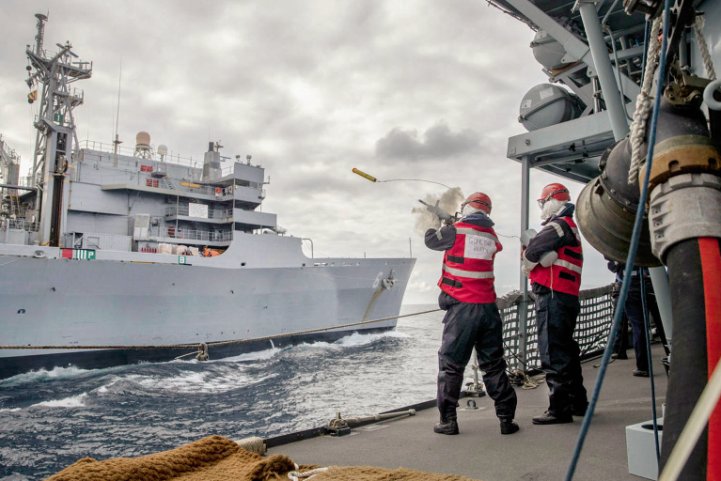 Russian state-run RT and Star TV on 4 May reported a national Defence Centre announcement that Russia’s Northern Fleet had begun escorting a “NATO naval strike group” that had entered the Barents Sea.

The USN said on its website on 4 May, “The Russian Ministry of Defence was notified of the visit to the Barents Sea…to avoid misperceptions, reduce risk, and prevent inadvertent escalation.”

This coincided with areas of the Barents Sea being closed by the Russian Navy to allow the Project 1164 Slava-class missile cruiser Marshal Ustinov, which departed Severomorsk on 5 May, to conduct live firing, Interfax reported.

In addition to Arctic familiarisation, the key training objectives have included anti-submarine warfare (ASW) and replenishment at sea between US and UK vessels.

The Royal Navy (RN) announced on its website on 4 May that it and the US Navy (USN) have started tra...