US to withdraw air defences from CENTCOM

The US Department of Defense (DoD) confirmed on 18 June that it is to withdraw air defence assets from the Central Command (CENTCOM) region. 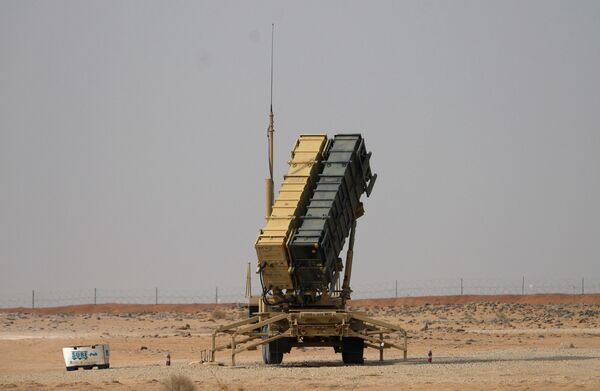 A Patriot launcher at Prince Sultan Air Base in February 2020. (Andrew Caballero-Reynolds/AFP via Getty Images)

“The secretary of defense directed the commander of US Central Command to remove from the region this summer certain forces and capabilities, primarily air defence assets,” DoD spokesperson Commander Jessica McNulty said in a statement. She added that the decision was taken in co-ordination with host nations and was aimed at “maintaining some of our high-demand, low-density assets so they are ready for future requirements”.

Cmdr McNulty provided no further details of the withdrawal, but confirmation came after the Wall Street Journal cited US officials as saying that around eight Patriot batteries would be removed from countries including Kuwait, Jordan, and Saudi Arabia, and that a Terminal High Altitude Area Defense (THAAD) system would also be withdrawn from Saudi Arabia. The number of fast jets assigned to CENTCOM is also to be reduced.

The officials said the threat from Iran had decreased due to the ongoing negotiations for the US to return to the 2015 nuclear deal, and that Saudi Arabia's air defences have improved, allowing the US to shift assets towards countering China.

The US Department of Defense (DoD) confirmed on 18 June that it is to withdraw air defence assets fr...