US to conclude military mission in Afghanistan on 31 August, Biden confirms

US President Joe Biden has confirmed that his country's military mission in Afghanistan will end on 31 August, while reiterating that Washington's support for the Afghan people as well as for the country's security forces will continue.

“The United States did what we went to do in Afghanistan: to get the terrorists who attacked us on 9/11, to deliver justice to Osama Bin Laden, and to degrade the terrorist threat to keep Afghanistan from becoming a base from which attacks could be continued against the United States. We achieved those objectives. That's why we went,” Biden told reporters at the White House on 8 July.

“We did not go to Afghanistan to nation-build. And it's the right and the responsibility of the Afghan people alone to decide their future and how they want to run their country,” noted the president.

Biden said US military and intelligence leaders are “confident” that they have the capabilities to protect the US homeland and its interests from any resurgent terrorist challenge emerging or emanating from Afghanistan. “We are developing a counter-terrorism over-the-horizon capability that will allow us to keep our eyes firmly fixed on any direct threats to the United States in the region, and act quickly and decisively, if needed,” he said.

At the same time the president confirmed that the US intends to maintain a diplomatic presence in Afghanistan, and that Washington is co-ordinating closely with its international partners to continue to secure the Hamid Karzai International Airport in Kabul. 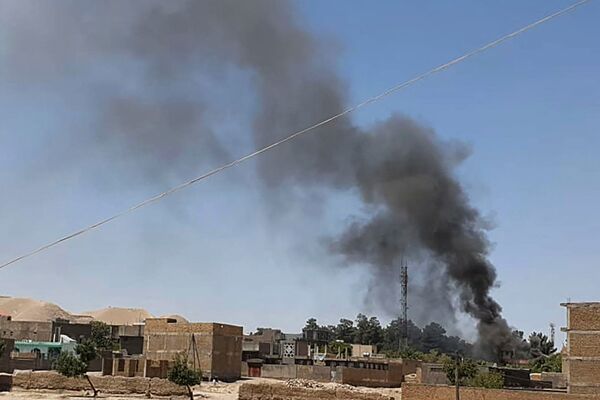 US President Joe Biden has confirmed that his country's military mission in Afghanistan will end on ...

NATO has launched a military training programme for Afghan special forces in Turkey, according to me...

US General Miller transfers command in Afghanistan to USCENTCOM chief

The Pentagon announced on 12 July that the authority over the United States' ongoing counter-terrori...
Request Consultation