The Noor-1 satellite that Iran’s Islamic Revolution Guards Corps (IRGC) launched on 22 April is a ‘tumbling webcam’, according to General Jay Raymond, the commander of US Space Command (SPACECOM). 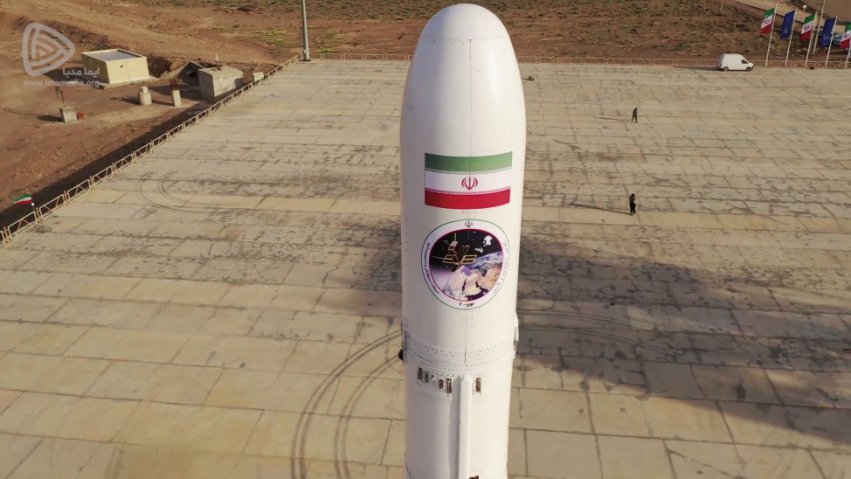 A still from footage of Iran’s Noor-1 satellite launch on 22 April 2020 shows the Qased rocket had an image of what appeared to be a 6U CubeSat on it. (IMA Media)

“SPACECOM continues to track two objects … associated with space launch from Iran, characterising Noor-1 satellite as 3U CubeSat,” he wrote in a 25 April tweet. “Iran states it has imaging capabilities – actually, it’s a tumbling webcam in space; unlikely providing intel.”

CubeSats are mini-satellites that typically use off-the-shelf components, with an industry standard unit being a 10×10×10 cm cube weighing 1.33 kg and a 3U being three units in a line.

The Iranians described the Noor-1 as their first military satellite but were vague about its capabilities.

In a television interview General Ali Jafarabadi, the commander of the IRGC’s new Space Command, described it as a reconnaissance satellite that had been put into a low orbit of 430 km and was circling the Earth 16 times a day. He said it was transmitting signals, with the next phase involving stabilising it and deploying its sensors.

He added that the IRGC is planning to put larger satellites into higher orbits and that the Noor-2 satellite would be the next launch.

The Noor-1 satellite that Iran’s Islamic Revolution Guards Corps (IRGC) launched on 22 April is a ‘t...

Raytheon Technologies Corporation announced on 14 September that it has agreed to purchase SEAKR Eng...
Request Consultation