US resumes airstrikes against Taliban

The US military has resumed airstrikes in Afghanistan after the Taliban launched attacks against Afghan National Defense and Security Forces (ANDSF) in the south of the country. 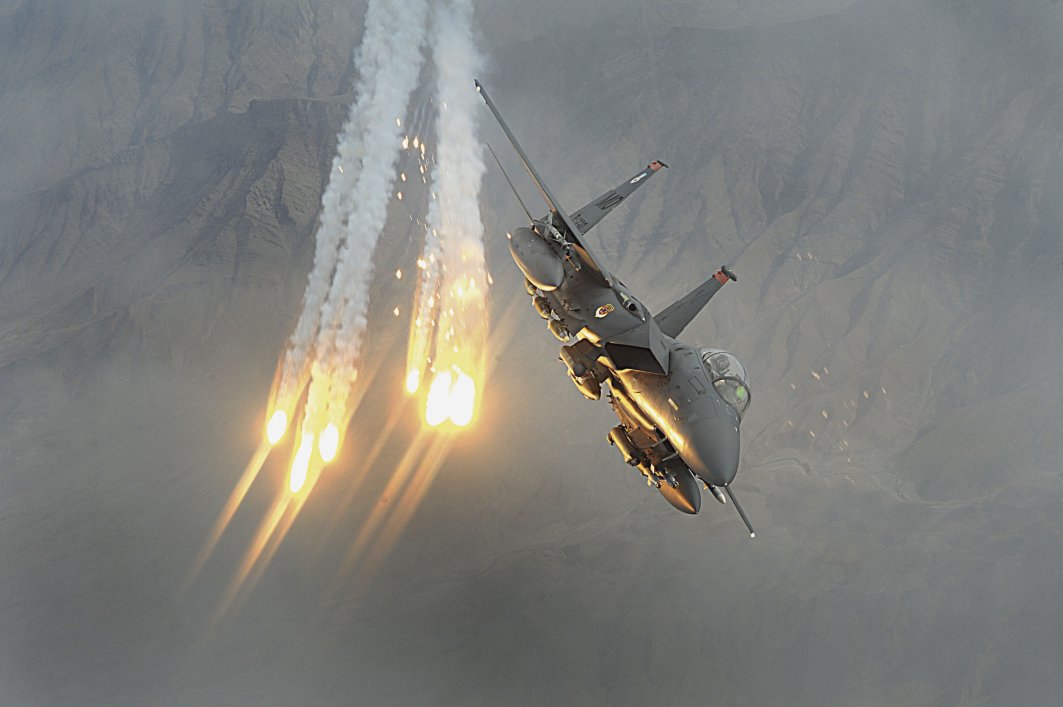 A US Air Force F-15E Strike Eagle dispenses flares during the supposed-height of the Afghan conflict in 2010. Despite a peace deal having been signed on 29 February, the US resumed air strikes just four days later in response to Taliban attacks on ANDSF checkpoints in Helmand province. (US DoD)

The resumption of airstrikes after an 11-day cessation was announced by US Forces-Afghanistan (USFOR-A) on 4 March, and came in response to Taliban fighters attacking an ANDSF checkpoint in Nahr-e, Helmand province.

“To be clear – we are committed to peace. However, we have the responsibility to defend our ANDSF partners”, USFOR-A spokesperson, Colonel Sonny Leggett said on Twitter, adding separately: “[The] Taliban leadership promised the international community they would reduce violence and not increase attacks. We call on the Taliban to stop needless attacks and uphold their commitments. As we have demonstrated, we will defend our partners when required”. The day prior to the resumption of US airstrikes, Col Leggett said the Taliban had conducted 43 attacks on ANDSF checkpoints in Helmand.

The US air forces and the Afghan Air Force (AAF) had halted air strikes against the Taliban as prospects of a peace deal to bring about the end of the 18-year conflict increased. This deal was signed on 29 February.

The US military has resumed airstrikes in Afghanistan after the Taliban launched attacks against Afg...