The recently released Pentagon report on the Chinese military force underscores China’s desire to protect its regional maritime interests even as the Asian giant looks to develop greater reach abroad.

“Today’s PLAN (People’s Liberation Army Navy) is oriented toward fighting the US in the East and South China seas,” Bryan Clark, senior fellow at the Hudson Institute, told Janes on 2 September, shortly after the report was released. “The trajectory of the PLA, however, is toward a force that could challenge the US overseas.”

The Pentagon reported, “These assets will significantly upgrade the PLAN’s air defence, anti-ship, and anti-submarine capabilities and will be critical as the PLAN expands its operations beyond the range of the PLA’s shore-based air defence systems.”

In December 2019 the Pentagon noted, China launched the sixth Renhai-class cruiser (Type 055) and was set to commission the first hull of the class in early 2020. The Renhai carry a large load out of weapons including anti-ship cruise missiles (ASCMs), surface-to-air missiles (SAMs), and anti-submarine weapons along with likely land-attack cruise missiles (LACMs) and anti-ship ballistic missiles (ASBMs) when those become operational. 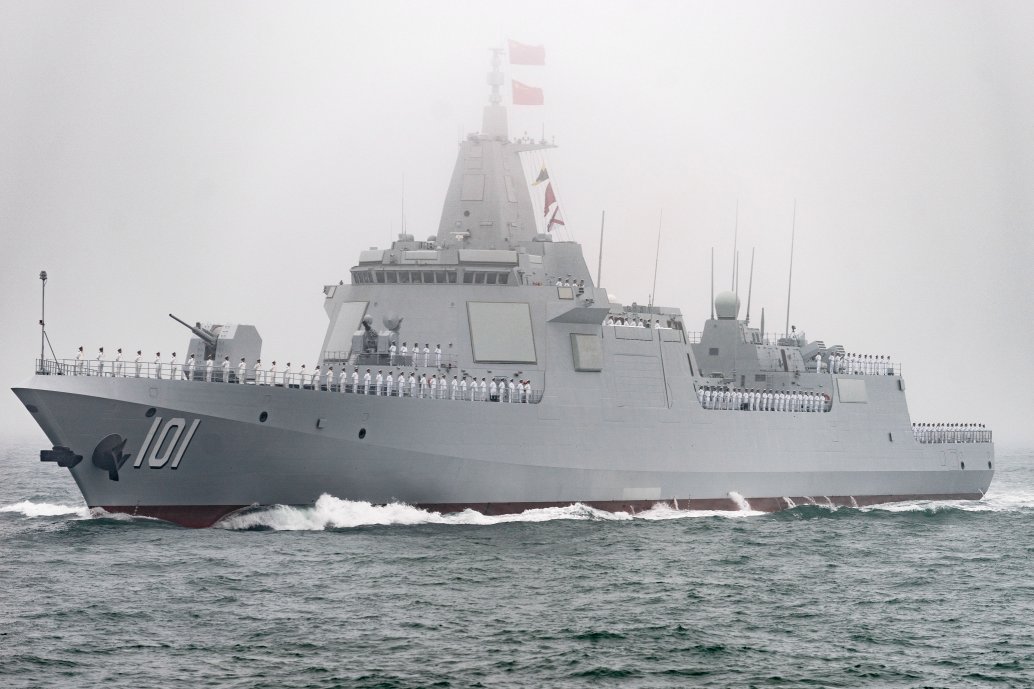 Nanchang , the first of the PLAN’s Type 055-class destroyers, took part in a fleet review held on 23 April off the northern port city of Qingdao. (Artyom Ivanov/TASS via Getty Images)