The US Navy (USN) looks set to field the Lockheed Martin C-130J-30 Hercules in the Take Charge And Move Out (TACAMO) survivable nuclear communications role, with a solicitation for fatigue test aircraft issued on 18 December. 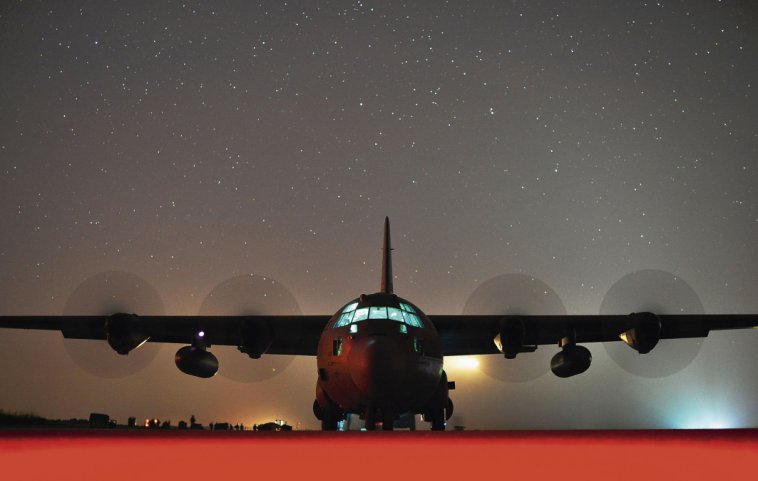 The ‘stretched’ C-130J-30 Hercules airlifter is now also being considered by the US Navy as a host platform for its TACAMO survivable nuclear communications mission. (US Air Force)

The Naval Air Systems Command (NAVAIR) posted on the beta.sam.gov government procurement website that it is to award the aircraft manufacturer a contract for three ‘stretched’ Hercules airlifters in fiscal years 2022 and 2023 for testing and analysis for the TACAMO mission.

“The Analysis of Alternatives (AOA) results indicated that the four-engine, militarised C-130J-30 is optimally configured aircraft for performing the TACAMO mission,” NAVAIR said. “The characteristics of this airframe also maximise the operational deployability of the assets to austere environments.

The request for information (RFI) did not disclose intended aircraft numbers to be fielded operationally, and neither did it divulge a planned in service date.

The USN currently performs the long-endurance command, control, and communications (C3) TACAMO mission with a fleet of 16 Boeing E-6B Mercury aircraft that took over the role from the EC-130Q Hercules in the late 1980s. Although based on the ageing 707 airframe, the E-6B was one of only three aircraft types named in a recent Pentagon report as meeting their mission capability goals. While the NAVAIR RFI did not note if the C-130J-30 is intended to replace the E-6B, that platform’s current high availability and a stated out-of-service date of 2038 suggest that the two types will perform the TACAMO mission in tandem, with perhaps the C-130J being tasked to fly from austere locations as noted in the solicitation.