The MCM equipment and systems are part of the mission-module package designs meant for Littoral Combat Ships (LCSs), but the USN has been working to migrate those modules to other platforms as well to better distribute them across the fleet aboard what the service calls “vessels of opportunity”.

Williams used the LCS MCM mission package portable control station to manoeuvre the MCM equipment and the launch and recovery equipment, as well as to test the command and control of unmanned vehicles during the tests that occurred in the Chesapeake Bay during mid-September, USN officials said.

Some of that equipment included the unmanned underwater vehicle (UUV) Knifefish and an unmanned surface vessel (USV). The tests marked the first time such unmanned vehicles were launched and recovered by an expeditionary sea base. 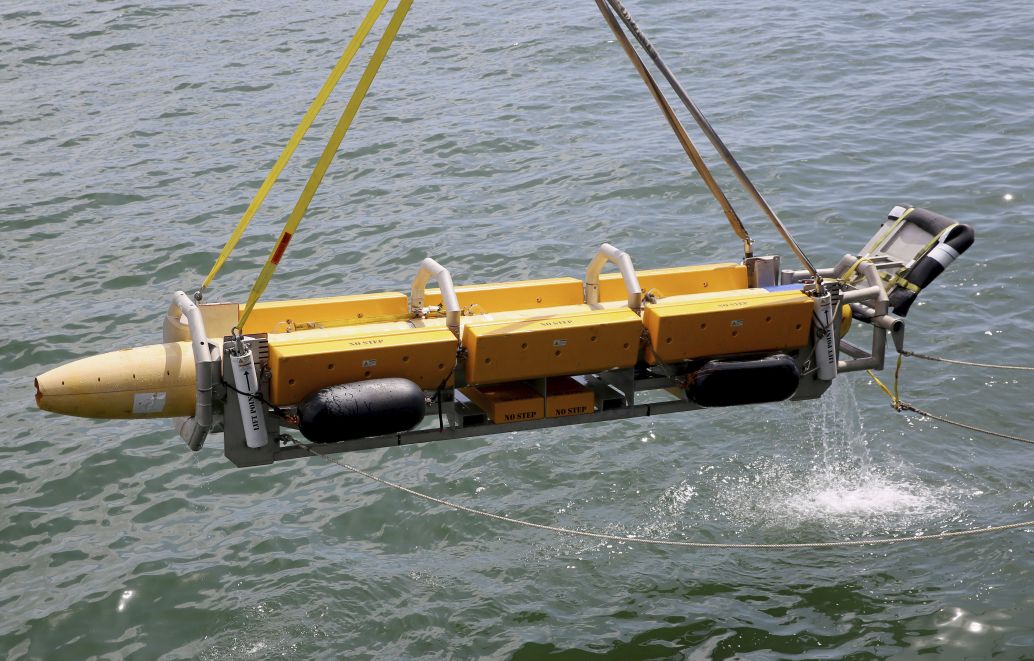 The UUV Knifefish was tested aboard Expeditionary Sea Base USNS Hershel Williams (T-ESB 4). (US Navy)

The USN plans to rely more on the synthetic aperture sonar (SAS) technology employed on Knifefish for MCM operations. The Knifefish will be used to detect and classify buried, bottom, and volume mines in high-clutter environments.

Unmanned systems such as the sonar-towing USV are being developed by the USN as part of the Unmanned Influence Sweep System (UISS) to provide the kind of future MCM operations US naval forces need.

The US Navy will be mating manned and unmanned platforms and systems with greater complexity and sco...
Request Consultation