The US Navy is soliciting industry input for an effort to migrate all computer infrastructure supporting the entire surface fleet into an Infrastructure-as-a-Service (IaaS) construct, one of several strategic shifts navy leaders are implementing as part of the Future Integrated Combat System (FICS) Computing Infrastructure (CI) architecture initiative.

The IaaS effort will be a third-party, cloud-based infrastructure where navy information technology specialists will have the capability “to deploy and run arbitrary software, which can include operating systems and applications”, according to the navy’s 25 August Request for Information (RFI). In turn, navy officials will not have management authority or control over the underlying infrastructure under IaaS but will be able to utilise the provided processing, storage, networks, and “other fundamental computing resources” as part of the infrastructure, the RFI added.

The “common, scalable intermittently connected edge cloud architecture” envisioned for the IaaS will enable the Platform-as-a-Service (PaaS) construct under the FCIS CI architecture initiative, navy documents stated. “The IaaS and PaaS layers will abstract the mission applications from the physical computing resources and automate the configuration of the entire CI,” which will then support navy surface fleet deployments beginning in 2023, the documents added.

Aside from supporting all navy surface combatant fielding under the FICS CI, potential industry participants in the RFI will also help develop “hardware refresh” solutions for the surface fleet. Those solutions will cover “large and small surface combatants, aircraft carriers, amphibious ships, and other related programs including [the] US Coast Guard”, as well as future ship classes and Aegis Combat Systems produces for Foreign Military Sales. 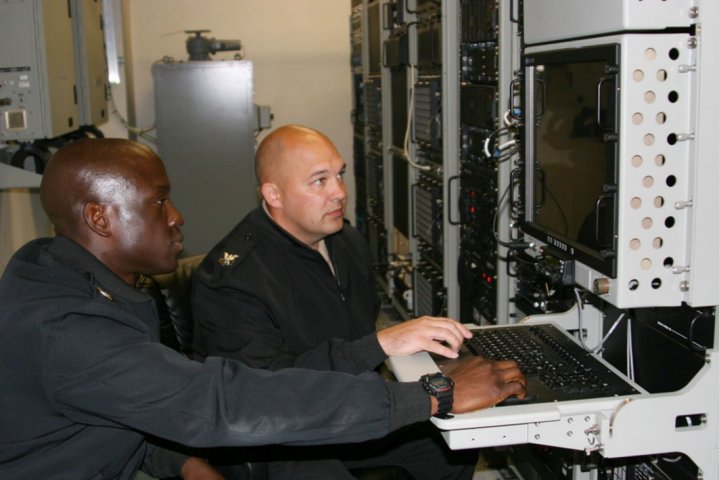 The US Navy is soliciting industry input for an effort to migrate all computer infrastructure suppor...

Research and development officials at US Special Operations Command are looking to industry to help ...

The US Department of Defense (DoD) directorate responsible for collecting, analysing and disseminati...