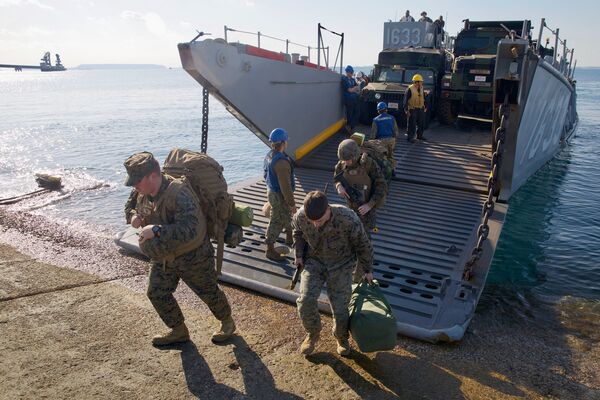 US Secretary of the Navy Carlos Del Toro supports a US Marine Corps plan to transform the way it conducts traditional operations. (US Navy)

US Secretary of the Navy Carlos Del Toro confirmed on 5 October that he supports and plans to resource the operational plans put into place by the US Navy (USN) and US Marine Corps (USMC) leadership teams.

“I have taken a hard look at both those plans and, overall, I'm quite satisfied with them,” Del Toro told reporters after a speech at the US Naval Academy.

Del Toro became secretary in August and said he planned to review current USN and USMC plans for operations and acquisitions. There had been some concerns within naval ranks that he could reverse course on either the USN's Navigation Plan 2021, released by Admiral Michael Gilday, chief of naval operations, or the USMC's Force Design 2030, released by General David Berger, USMC commandant.

Of the two, the Force Design 2030 plan has been regarded as the most transformational.

“Our current force design, optimised for large-scale amphibious forcible entry and sustained operations ashore, has persisted unchanged in its essential inspiration since the 1950s,” Gen Berger noted in his plan, released in March 2020.

“In light of unrelenting increases in the range, accuracy, and lethality of modern weapons; the rise of revisionist powers with the technical acumen and economic heft to integrate those weapons and other technologies for direct or indirect confrontation with the US; and those attributes to threaten United States interests, I am convinced that the defining attributes of our current force design are no longer what the nation requires,” he said.