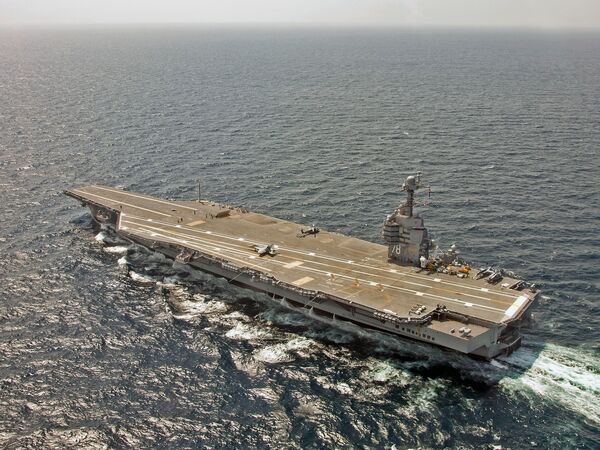 The US Navy is reviewing the make-up of its overall force, including the number of carriers it should acquire, like the USS Gerald R Ford (CVN 78). (US Navy )

To help get the US Navy (USN) and the US Marine Corps (USMC) on the same course for priorities, capabilities, and overall funding needs, Carlos Del Toro, the relatively new USN secretary, has called for a “strategy session” for naval leadership at the end of September.

Leadership will discuss overall fleet size, platform make-up within that fleet, and a host of other issues, Del Toro told reporters on 17 September during a media roundtable.

The discussions will help the USN and the USMC determine how to best make acquisitions and operate under the approved spending plans, and prepare for the upcoming budgets, he noted.

Some of those “tough decisions” include working through contentious and controversial questions involving naval acquisitions and operations such as the size, type, and number of future aircraft carriers, the future make-up of the service's unmanned platforms, and how to secure the necessary funding from a distrustful Congress.

Acknowledging a growing sense of angst within Congress for recent navy shipbuilding plans and other acquisitions, Del Toro said, “That's why I'm having my strategy session.”

One of the reasons for the concern in Congress has been what lawmakers have called imprecise planning by naval officials, especially in the service's recently released 30-year shipbuilding plan.

To help get the US Navy (USN) and the US Marine Corps (USMC) on the same course for priorities, capa...