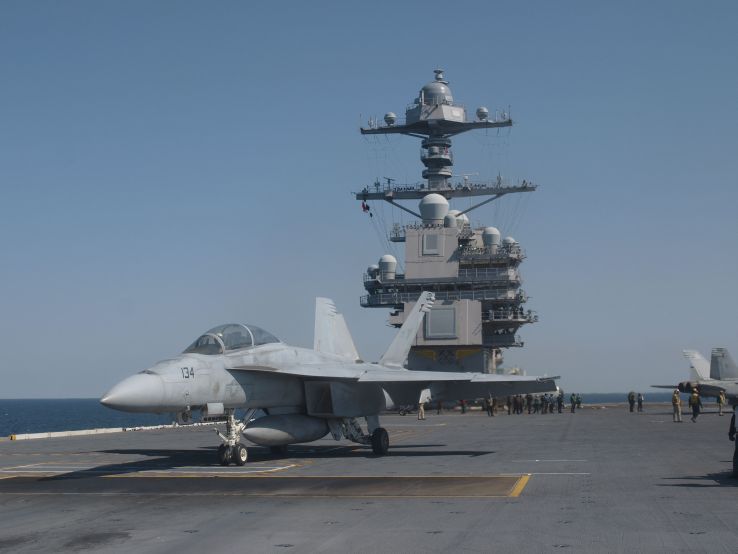 Those and other key technologically advanced systems on Ford have recently come under fire from critics in the Pentagon and Congress. However, during on-board, at-sea media interviews on 9 March Ford officers and sailors noted much of the criticism was based on dated reviews and failed to reflect the state and progress of those systems now.

One of the recent problematic issues on Ford has been the ship’s AWEs, which have proved difficult to build and bring online.

Teams from shipbuilder Huntington Ingalls Industries’ Newport News Shipbuilding continue to work on the AWEs while the ship remains at sea, Capt Lanzilotta noted, adding that the teams are “working day and night” to finish the task. The number of contractor employees varies from about 350 while the ship is in port to about 200 employees while it is underway.

The crew has conducted about 14,000 AWE cycles to date including transport of inert training ordnance in port and at sea, ship officials told Janes. The next elevator scheduled to certify is in testing and on track to turn over in April, officials reported, with the remaining four AWEs on track to complete this year