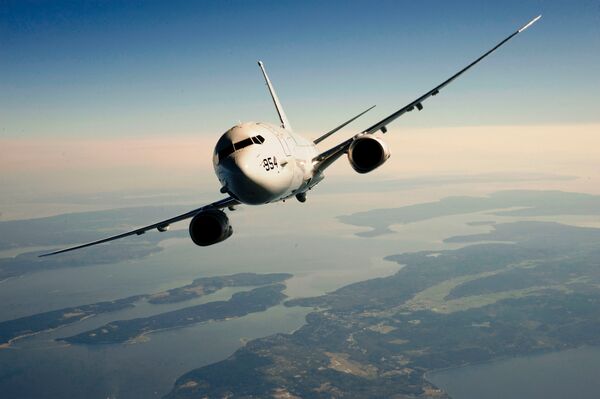 The US Navy flew a Boeing P-8A Poseidon maritime patrol aircraft over the Taiwan Strait on 24 June 2022. (Boeing)

A US Navy Boeing P-8A Poseidon maritime reconnaissance aircraft flew over the Taiwan Strait on 24 June in a potential signal to Beijing regarding its aggressive posturing towards Taiwan.

In its official statement, the US Indo-Pacific Command suggested that the flight was intended to counter assertions by China that the strait is not part of international waters.

“The United States will continue to fly, sail, and operate anywhere international law allows, including within the Taiwan Strait,” the US Indo-Pacific Command added.

The flight prompted a response from China. In a statement on 25 June, the Eastern Theater Command of the People's Liberation Army (PLA) said that it had issued a high alert. “Aerial and ground forces tracked and monitored [the P-8A's] movement throughout its entire course,” said Senior Colonel Shi Yi, spokesperson of the PLA Eastern Theater Command.

He added that such a “provocative move … jeopardises the regional situation, and harms the peace and stability across the Taiwan Strait”.

Su Tzu-yun, director of the Division of Defense Strategy and Resources at the government-funded Institute for National Defense and Security Research (INDSR) in Taipei, said that the flight is an example of public military diplomacy.

A US Navy Boeing P-8A Poseidon maritime reconnaissance aircraft flew over the Taiwan Strait on 24 Ju...