US Navy moves ahead with light torpedo programmes

The USN is also expected to release a request for proposals (RFP) in mid-2021 for the VLWT.

“The MK 54 lightweight torpedo is the most capable ASW (anti-submarine warfare) weapon used by US surface ships, fixed-wing aircraft, and helicopters,” the DOT&E reported.

HAAWC provides an adapter wing kit that allows aircrews to deploy an MK 54 from a P-8A Multi-mission Maritime Aircraft from higher than traditional altitudes. The wing kit glides the MK 54 to a water entry point directed by the P-8A combat system.

The MK 54 Mod 1 uses Advanced Processor Build (APB) 5 software that shares many components with the APB 5 variant of the MK 48 heavyweight torpedo.

Expected to deliver an Early Operational Capability in FY 2026, the MK 54 Mod 2 will feature a new propulsion system and warhead. However, the MK 54 Mod 2 is not compatible with the current Vertical Launch Anti-Submarine system or HAAWC systems. Also, the MK 54 Mod 1 torpedo is not approved for the VLA rocket. The current MK 54 Mod 0 and MK 54 Mod 0 Block upgrade variants support the VLA. 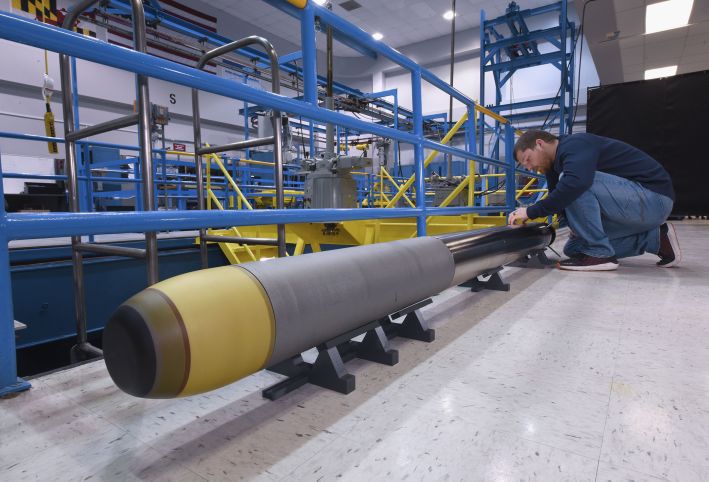 The US Navy (USN) is getting ready for testing and other milestones throughout this year for its lig...