As expected, the US Navy (USN) awarded the Newport News Shipbuilding unit of Huntington-Ingalls Industries (HII) contract modifications on 2 November that shift the delivery of the aircraft carrier John F. Kennedy (CVN 79) to a single-phase process and incorporates changes in the ship to accommodate Lockheed Martin F-35C Joint Strike Fighter flight operations.

With the change, the ship will be delivered three months earlier than initially planned, according to the previously reported schedule. 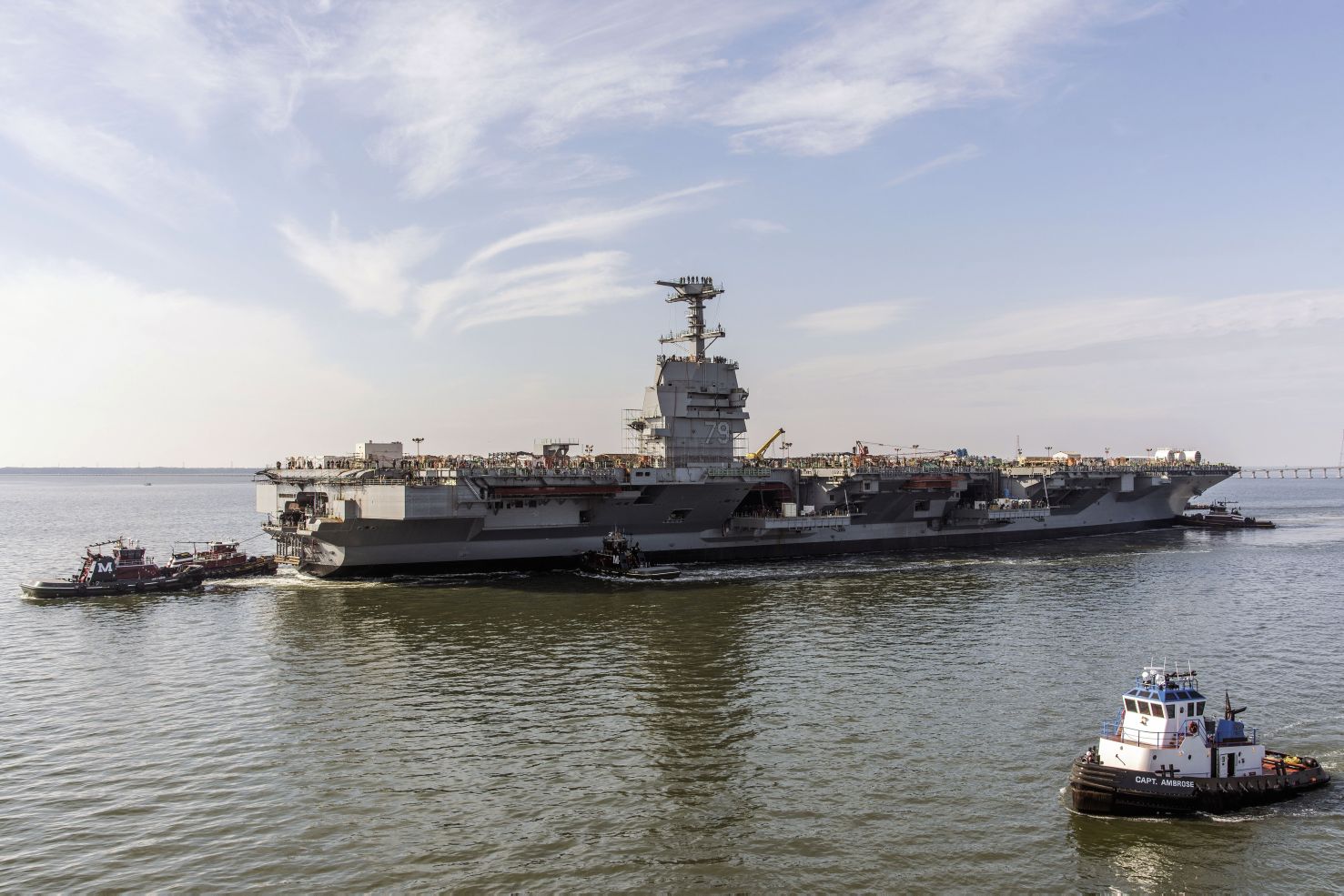 “The navy is transitioning to a single-phase delivery approach to meet both fleet requirements and a congressional mandate of ensuring that CVN 79 is capable of operating and deploying Joint Strike Fighter (F-35C) aircraft before completing the post-shakedown availability as codified in the fiscal 2020 National Defense Authorization Act,” the navy said. The modifications provide initial funding for the procurement of long-lead material and planning, HII said.

The single-phase delivery date is planned for 30 June 2024 for the second ship of the Ford-class carriers, the navy noted. In a 7 October report on the Ford-class vessels, the Congressional Research Service (CRS) said that Kennedy had been scheduled for delivery to the navy in September 2024. Kennedy

As expected, the US Navy (USN) awarded the Newport News Shipbuilding unit of Huntington-Ingalls Indu...