As the US Navy (USN) deals with the uncertainty of the future carrier force, the service is focusing on how to create a fully integrated carrier strike force that better combines fixed-wing, rotary, and tilt-rotor aircraft with manned and unmanned operational concepts, Rear Admiral Gregory Harris, USN Air Warfare Division director, told Janes .

While the USN has been flying these different kinds of aircraft off various vessels and platforms, Rear Adm Harris noted, the service is now looking at how it combines different kinds of ships and aircraft within the strike group in new and novel ways.

That’s a growing focus, he said, as the USN integrates more unmanned systems into the mix, introduces new aircraft operations such as the carrier on-delivery (COD) missions of the tiltrotor CMV-22B Ospreys and the F-35C Joint Strike Fighters and benefits from the increased capabilities from support aircraft such as the P-8A Poseidon doing antisubmarine (ASW) operations.

The USN will get a glimpse of that integrated strike group capability, he offered, during the second half of 2021 when F-35Cs and CMV-22Bs will combine with E-2D Advanced Hawkeye airborne early warning aircraft aboard aircraft carrier USS Carl Vinson (CVN 70) on deployment.

“When you combine the F-35C, E-2D Hawkeye, and CMV-22B Osprey with the EA-18G Growler on the same cruise, you’ve added unprecedented stealth and fusion, EW (electronic warfare) and vertical lift,” he emphasized.

But the USN wants to do more than integrate new or updated carrier-based aircraft with the strike group, it also wants to develop different operational concepts for other aircraft, notably rotary-wing platforms, on other strike group ships as well as carriers. 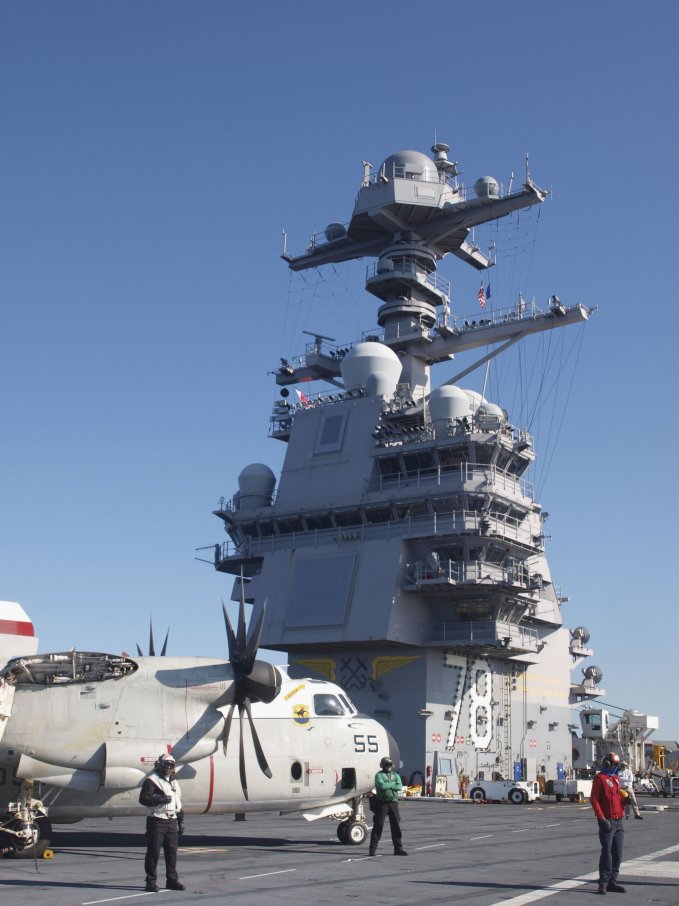