US Navy has no plans for MMP, despite NGA study

The US Navy (USN) said it has no plans to field Boeing’s Multi-Mission Pod (MMP) aboard any of its intelligence, surveillance, and reconnaissance (ISR) platforms or to support efforts to develop an exportable version of the pod to allied nations, despite a 2019 National Geospatial-Intelligence Agency (NGA) study that explored integrating the MMP on the service’s P-8A Poseidon aircraft and MQ-25 unmanned aircraft system (UAS).

The NGA study was designed to “determine [the] utility and potential capability of government systems implemented into the MMP and flown by the P-8, and other government-owned Boeing platforms like the MQ-25”, according to a redacted version of the justification and approval document for the study, approved in June 2019. The review was scheduled to be completed that same year, the document stated, but the completion date was redacted. 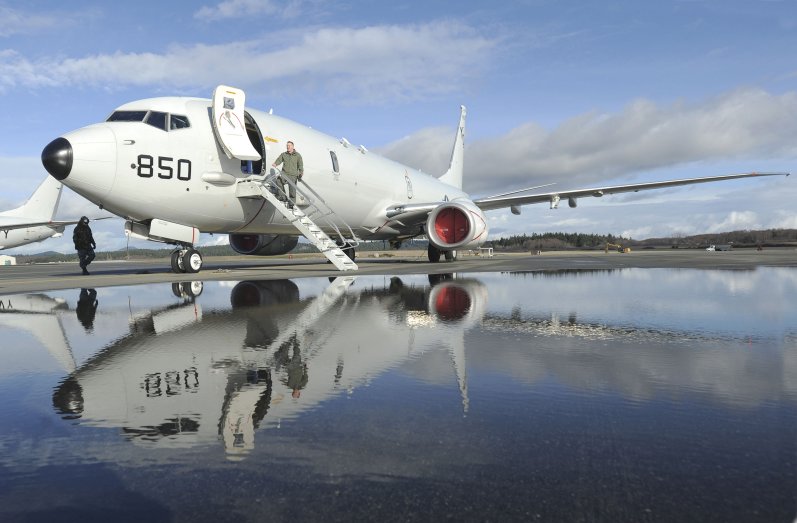 A P-8A is pictured undergoing maintenance at Naval Air Station Whidbey Island prior to an operational deployment. (US Navy)

Agency officials contracted the MMP integration review to Boeing’s Phantom Works, which handles the company’s cutting-edge technological research and development efforts. The directorate was selected to conduct the study, since the MMP and both aircraft are Boeing products, the document said.

Boeing’s P-8A is the navy’s primary manned ISR and maritime patrol aircraft, replacing the legacy P-3 Orion. It is primarily tasked with anti-submarine and anti-surface warfare operations. The MQ-25 is the navy’s unmanned aerial refuelling system, designed to extend the range of the USN’s carrier-based fighter aircraft. The inclusion of the MQ-25 in the NGA study was potentially a Pentagon effort to extend the platform’s mission set into long-range maritime ISR.

The US Navy (USN) said it has no plans to field Boeing’s Multi-Mission Pod (MMP) aboard any of its i...