Work being done now by the US Navy (USN) is geared toward transitioning unmanned surface vessels (USVs) and unmanned undersea vessels (UUVs) into programmes of record within the next two to three years, according to Rear Admiral Casey Moton, USN program executive officer for Unmanned and Small Combatants.

Speaking on 30 September during a virtual special topics breakfast hosted by the US Navy League, Rear Adm Moton cited fruitful “two-way” conversations with members of Congress on the development of those platforms, and he lauded the US lawmakers defence committees on their “willingness to have a discussion” and “come up with a plan” that all agree on to reach programmes of record. 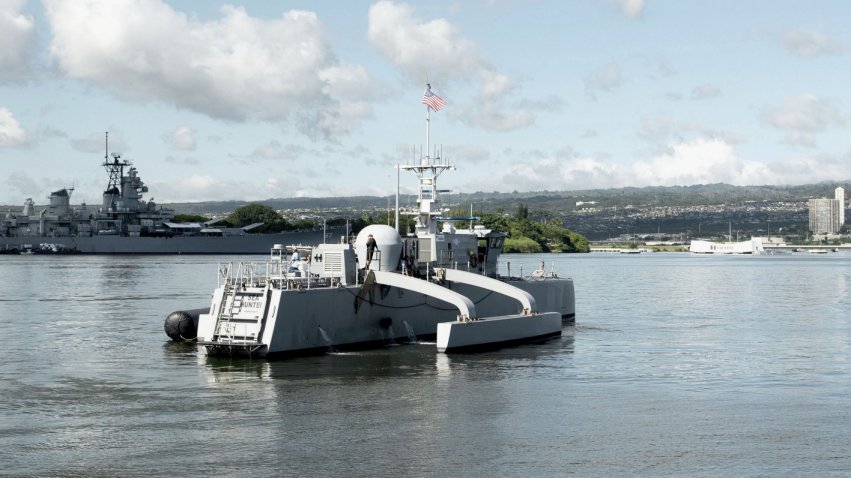 The US Navy plans to include the unmanned surface vessel Sea Hunter in more exercises and for tactical training. (US Navy)

The USN, he said, is working toward longer transit times, leading up to 30 days. The service wants to demonstrate remote health monitoring capability and vessel reliability.

“Reliability,” he said, is a key to success for an unmanned vessel.”

The USN plans to use Sea Hunter in multiple fleet exercises and for tactical training, he pointed out.

The USN surface fleet Aegis combat system is being adapted to better integrate unmanned vessels with the netted fleet, he said, adding, “Firing will remain with a man in or on the loop.”