Admiral Michael Gilday, US chief of naval operations (CNO), touted the potential benefits of both super carriers and small, lighter aircraft carriers on 13 October during an online event hosted by Defense One.

The smaller, lighter carriers, which are part of US Defense Secretary Mark Esper’s proposed ‘Battle Force 2045’ plans, could help fill the US Navy (USN) gaps in intelligence, surveillance, reconnaissance, and targeting, Adm Gilday noted, while super carriers could primarily focus on long-range strike. 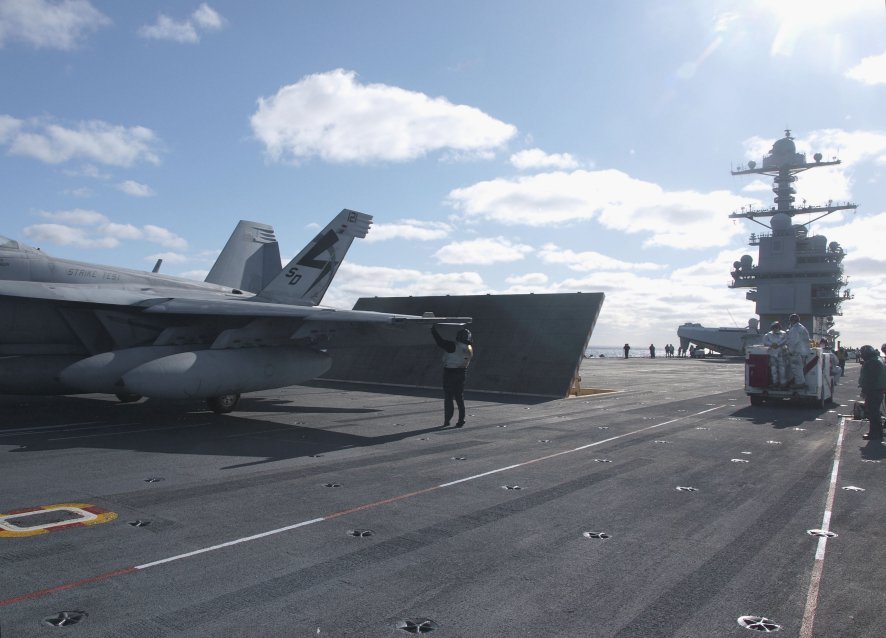 The US Navy continues to see long-range strike as the future focus for Ford-class carriers. (Michael Fabey)

Noting that he has been a “big proponent” of the light carrier concept, the admiral said it “is more aptly named the aviation combatant of the future”.

By 2045, he said, “Whether or not an aviation platform of the future looks like the Gerald R Ford [class] or Nimitz class is questionable.”

The number of potential lighter carriers is between zero and six, he said. The navy will be able to do a deeper analysis by that time, he pointed out, to consider the kinds of functions a smaller aviation combatant might perform.

Referring to previous Pentagon and naval studies that identified the bigger carriers as a better overall option, Adm Gilday said that all things considered, those reports tried to make “an apples-to-apples comparison” that “lead to a fait accompli that a smaller carrier just does not compete with a super carrier. I think that’s a false choice”.

Admiral Michael Gilday, US chief of naval operations (CNO), touted the potential benefits of both su...