The US Navy (USN) is accelerating plans to field the Lockheed Martin C-130J-30 Hercules in the Take Charge And Move Out (TACAMO) survivable nuclear communications role, with increased funding requested in the service's fiscal year (FY) 2022 budget proposal. 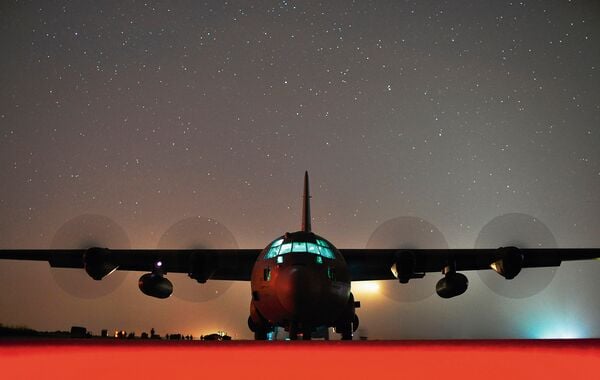 The US Navy is accelerating plans to host its TACAMO nuclear communications mission on the C-130J-30 Hercules platform, with increased budget being requested. (US Air Force)

With this accelerated funding for the three test aircraft, developmental test and funding is now slated for FY25. The budget proposal did not disclose intended aircraft numbers to be fielded operationally planned in-service date.

The TACAMO mission is flown out of Located at Tinker Air Force Base in Oklahoma by Fleet Air Reconnaissance Squadron (VQ-3 and VQ-4). The 16 E-6B Mercury aircraft provides airborne capability for survivable, endurable and reliable airborne between the US National Command Authority (NCA) and the US strategic forces. “This mission is critical in the deterrence and management of a large-scale nuclear conflict,” the navy said.

The US Navy (USN) is accelerating plans to field the Lockheed Martin C-130J-30 Hercules in the Take ...