US looking for aerostat air-defence radars for Saudi Arabia

The US Air Force Life Cycle Management Center (AFLCMC) has released a request for information (RFI) for radars that are carried by aerostats to increase their ability to detect low-flying missiles and aircraft as part of a wider Saudi C4I modernisation study. 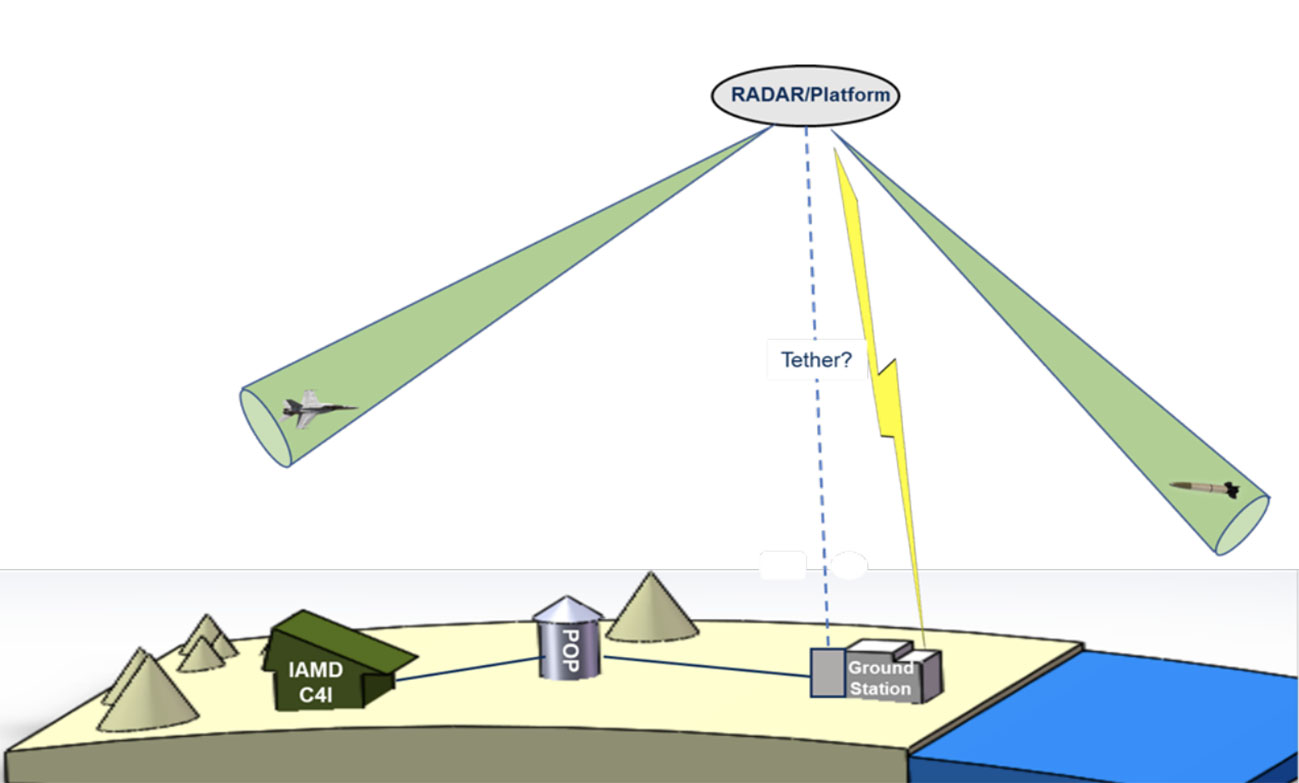 An example of the diagrams the AFLCMC wants companies to provide with their responses to the RFI for aerostat radar systems for Saudi Arabia. (US Air Force Life Cycle Management Center)

AFLCMC said it has already carried out a Saudi radar coverage study that concluded that “the combination of terrain and Earth surface curvature make it economically unfeasible to provide a complete and persistent coverage using ground-based radar assets against low-altitude in-bound air-breathing threats.” As an example, it said that a radar on a 100 ft (30.48 m)-high tower cannot see a threat flying at 100 ft until it is 45 km away.

The study’s proposed solution is to elevate radars, saying their range would be increased to about 180 km if they were at an altitude of 5,000 ft, and installing these at 13 sites in Saudi Arabia, some on the border looking out, with others further inside the kingdom requiring 360° coverage.

These stations will need to be able to provide year-round surveillance in desert, mountain, and coastal conditions in sustained winds of up to 102 km/hour. Two systems could potentially be used at each site to provide the required operational availability.

The radar system will have to provide 360° coverage at a minimum range up to the line-of-sight limit for air-breathing threats flying at 100 ft from its operational altitude. The threats include cruise missiles, unmanned aerial vehicles (UAVs), and aircraft with a radar cross-section as low as 0.1 m2

The US Air Force Life Cycle Management Center (AFLCMC) has released a request for information (RFI) ...