The US Air Force (USAF) is set to acquire the eight Boeing F-15EX Advanced Eagle fighters in fiscal year 2020 (FY 2020) as it requested as compromise policy and spending bills approved the purchase.

The compromise defence authorisation bill that passed both the House and Senate permitted the USAF to purchase eight aircraft. President Donald Trump is expected to sign this bill into law imminently. 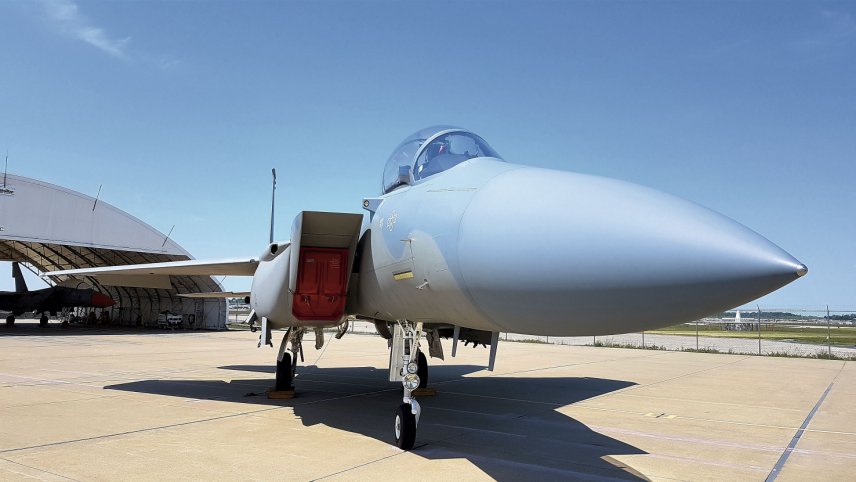 The compromise defence spending bill has passed the House and Mackenzie Eaglen, resident fellow for the American Enterprise Institute (AEI) think tank in Washington, DC, told Jane’s on 18 December that she fully expects it to be signed into law, most likely within the next week. This bill provides roughly USD1.05 billion in procurement funding for six aircraft. It also moves USD364.4 million into research, development, test and evaluation (RDT&E) funding for the procurement of two test aircraft, and provides half of what was requested for non-recurring engineering.

The spending bill stipulates that no more than USD64.8 million for long-lead materials may be provided until USAF Secretary Barbara Barrett provides reports to congressional defence committees that include: an approved programme acquisition strategy, a capability production document, a test and evaluation master plan, and a post-production fielding strategy.

The US Air Force (USAF) is set to acquire the eight Boeing F-15EX Advanced Eagle fighters in fiscal ...