The United States has officially joined the lawsuit filed against Navistar in 2013 alleging that the company violated the False Claims Act by submitting fraudulent receipts to support inflated prices charged to the US Marine Corps (USMC), according to a 4 December announcement from the US Department of Justice (DoJ). 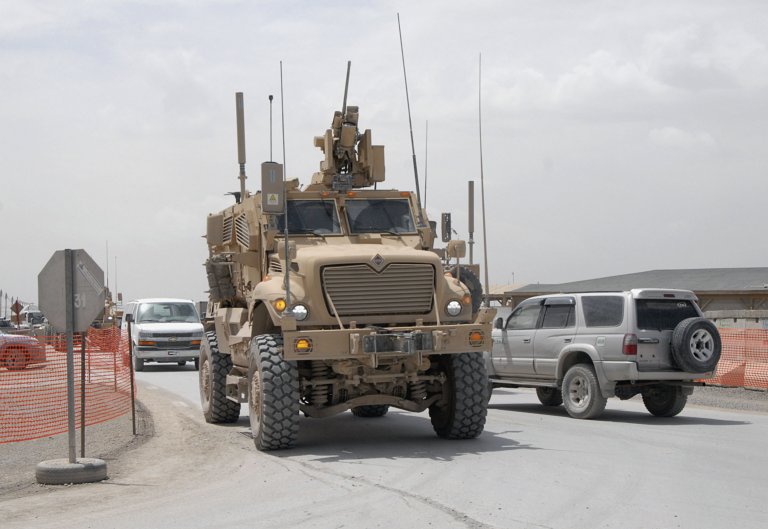 This image shows the MaxxPro Dash DXM, the independent suspension system that is part of the complaint, that is just about visible. (Credit: Jane’s/Peter Felstead)

The DoJ stated that during the 2009 negotiations, the USMC asked Navistar to provide evidence of prior commercial sales of the parts that made up the Independent Suspension System required for the MaxxPro Dash DXM mine resistant ambush protected vehicle (MRAP). This was to ensure that the prices paid were “fair and reasonable,” it said.

The lawsuit alleges that the submitted receipts were fraudulent and that in fact no such sales ever occurred, according to the DoJ.

The case was initiated in 2013 by a former Navistar Contract Director, Duquoin Burgess, and it is seeking at least USD1.28 billion in damages, according to a 3 December press release from the US law firm Sanford Heisler Sharp LLP, which represents Burgess.

The firms stated that the complaint in fact covers the initial contract awarded in 2007 for the first MaxxPro vehicles, as well as subsequent orders placed until 2012. And, it adds that it extends to all of the commercial parts used in the vehicle, including the engine and chassis. The press release claimed that the commercial value of the parts was close to half of the value charged to the US government.

The United States has officially joined the lawsuit filed against Navistar in 2013 alleging that the...