The first prototype Fifth-Generation Aerial Target (5GAT) built for the US Department of Defense (DoD) was destroyed during a flight test in October 2020, the Pentagon’s Director, Operational Test and Evaluation (DOT&E) has revealed in its annual report to Congress.

A full-scale, low-observable unmanned aerial vehicle (UAV) sponsored by DOT&E, the 5GAT target is designed to enable platform and weapons test and evaluation (air-to-air and surface-to-air), pilot and ground-force training, and the development of tactics, techniques, and procedures against a stealthy fifth-generation threat. 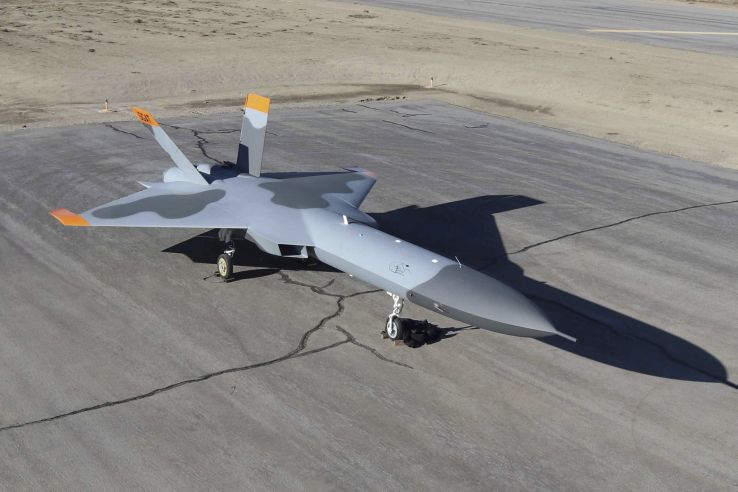 Developed by STS, the 5GAT target is intended to emulate the characteristics of fifth-generation adversary aircraft. (US DoD)

Sierra Technical Services (STS) was awarded a prime contract by the US Army Corp of Engineers Contracting Office in March 2017 to design, manufacture, assemble, integrate, and ground/flight test the 5GAT demonstrator. Similar in dimensions and mass to the T-38 trainer aircraft, the 5GAT vehicle is powered by a pair of General Electric J85 engines harvested from retired T-38 trainers.