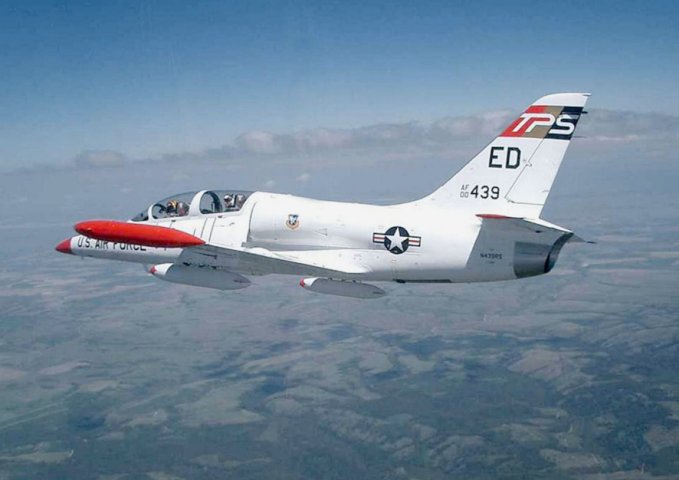 A L-39 in US Air Force colours in a 2003 photo. Under a contract recently awarded by DARPA for Air Combat Evolution, Calspan will modify up to four L-39s to implement and demonstrate advanced human machine interfaces and artificial intelligence algorithms. (US Air Force)

Flight tests and demonstrations will be conducted from the Calspan Flight Research Facility at the Niagara Falls, New York, international airport and flown in the Misty Military Operating Area over nearby Lake Ontario.

The ACE programme has been segmented into four technical areas that feed into one another and will scale through each phase. This will start with modeling and simulation demonstrations, moving into unmanned aerial vehicles (UAVs), and ending on an operationally-representative, full-scale aircraft. This is according to Soar Technologies (SoarTech), which was awarded one TA2 award-building trust for local behaviours.