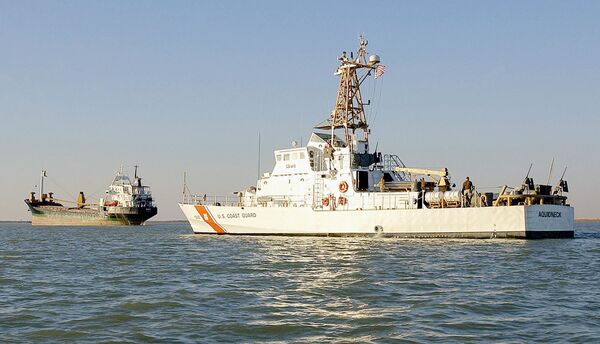 When adjusted for inflation, the US Coast Guard (USCG) appropriations for defence-related activities declined about 20% – to USD530 million in fiscal year (FY) 2020 from USD674 million in FY 2011, the US Government Accountability Office (GAO) estimated in a 15 September report.

“Specifically, the operations appropriation – the primary funding source for operations across all missions – was USD8 billion in 2011 and USD8.2 billion in fiscal year 2020, when adjusted for inflation,” the GAO noted in its report titled ‘Coast Guard: Information on Defense Readiness Mission Deployments, Expenses, and Funding'.

The GAO stated, “The defence readiness mission accounted for a small portion of coastguard deployments and operational expenses from fiscal years 2011 through 2020.”

The USCG's vessel and aircraft deployments for the defence readiness mission accounted for about 5% of deployments during the 10-year period – ranking eighth out of 11 statutory missions, the GAO reported.

“However, the coastguard also deploys vessels and aircraft to support the Department of Defense (DoD) through its other statutory missions, including drug interdiction; ice operations; and ports, waterways, and coastal security,” the GAO said.

Besides its operations appropriation, the coastguard also receives reimbursements from the DoD for specific activities, such as escorts of navy submarines conducted by Maritime Force Protection Units and service on combatant commander staffs, the GAO said.

When adjusted for inflation, the US Coast Guard (USCG) appropriations for defence-related activities...