The US Army is in the midst of an Integrated Battle Command System (IBCS) network limited user test (LUT) at White Sands Missile Range, New Mexico, and so far, it has defeated two cruise missile surrogates during a live-fire test.

Army Futures Command (AFC) head General Mike Murray and other programme leaders briefed reporters on 13 August about the ‘successful’ test and presented a sneak peak about what is to come during the next major LUT event.

“What happened today was multiple sensors, multiple shooters, and a command-and-control system that identified, classified, and passed a track to the right shooter,” Gen Murray explained.

“The test began when two cruise missile surrogate threats were launched and flew at a low altitude in a maneuvering formation through a mountain range towards defended assets,” Northrop Grumman said in a separate announcement. 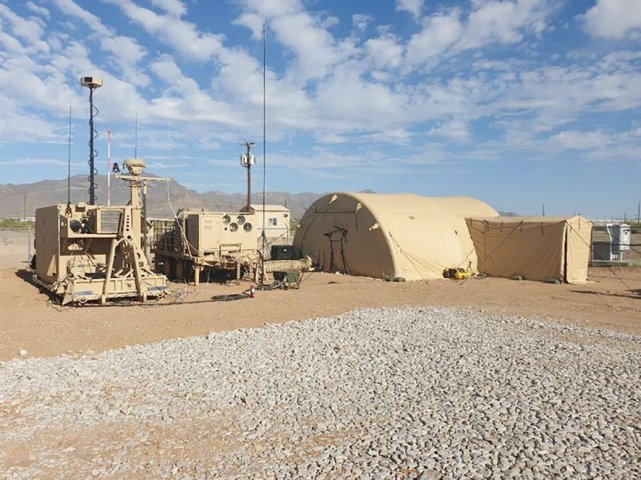 A jammer was then used to remove one IFCN relay and the service said it believes, but had not yet verified, that data from the downed relay was distributed to the other elements as planned.

“IBCS fused real-time data from all sensors into a single, accurate composite track for each threat,” the company added. “The soldiers were presented with engagement solutions computed by IBCS, which were then executed. The soldiers launched two PAC-3 missiles controlled by IBCS that successfully intercepted both threats.”

The US Army is in the midst of an Integrated Battle Command System (IBCS) network limited user test ...