Elbit Systems is slated to receive two coveted contracts for its Iron Fist Light Decoupled (IF-LD) active protection system (APS), one from the UK Ministry of Defence (MoD) and another from the US Army.

Both countries recently detailed plans to acquire the system, with the US Army planning to award General Dynamics Ordnance and Tactical Systems (Elbit Systems’ US-based partner) with a new USD122.2 million contract in January 2020, and the UK MoD awarding Elbit Systems a USD1.5 million (GBP1.2 million) contract for a single system to evaluate.

According to US Army plans, the new multi-million dollar contract will cover 154 IF-LD systems, as well as 14 calibration and maintenance kits, and 2,484 IF-LD APS countermeasures for its Bradley fleet. 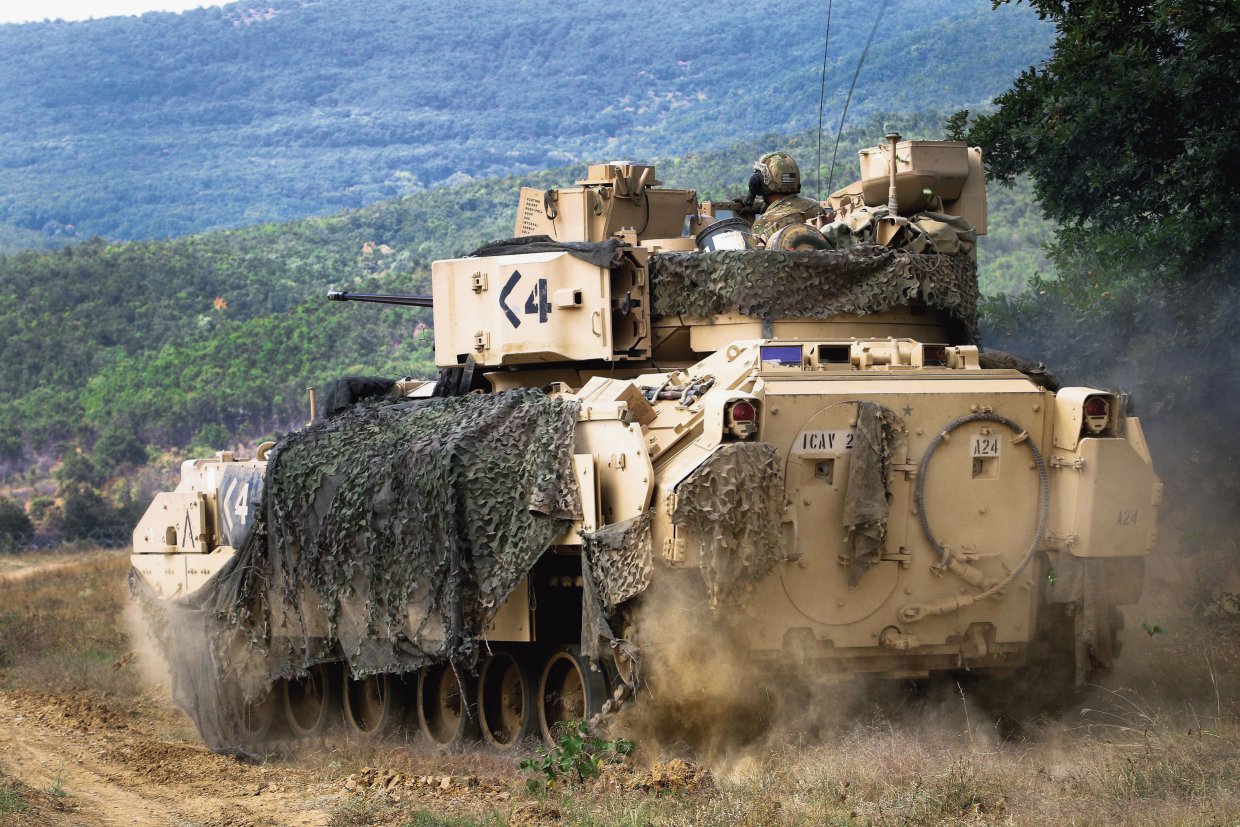 US Army Sergeant Ansel Frayer, sitting in the gunner’s turret, and his crew manoeuvre their M2A3 Bradley during a live-fire exercise in Bulgaria in August 2018. The service has plans to buy 154 IF-LD APSs for its Bradley fleet. (US Department of Defense)

“These items will be installed on Bradley Fighting Vehicles for testing and as needed to meet the demands of the European Deterrence Initiative,” the service wrote in a 21 May announcement on the Federal Business Opportunities website.

Over the past several decades, the US ground service has grappled with APS fielding over numerous attempts to develop a ‘best-of-breed’ system, as well as fielding near-term solutions. Now, with the proliferation of Russian anti-tank guided missiles (ATGMs), the US Army is developing a Modular Active Protection System while also crafting a plan to field non-developmental systems. So far, the service has decided to field Rafael’s Trophy system on its Abrams tank and Iron Fist on its M2 Bradley while it continues to evaluate which system is best for its fleet of Stryker vehicles.