The US Army has finished its first month-long Robotic Combat Vehicle (RCV) operational experiment with soldiers and is compiling the lessons learned to help guide development of its forthcoming fleet of unmanned vehicles.

From early July through early August, the service conducted the experiment at Fort Carson, Colorado, using two manned Bradley-based control vehicles to manoeuvre four RCV surrogates built around the M113 armoured personnel carrier chassis. Although not all the technologies tested during the event are ready for fielding, programme leaders said the service and industry now has additional data and soldier feedback to guide RCV development.

“This experiment was 100% successful because we learned,” Brigadier General Ross Coffman, director of the Next Generation Combat Vehicles Cross Functional Team, told reporters on 6 August.

”The whole purpose was to learn where the technology is now and how we think we want to fight with it in the future,” he added. “Some knocked our socks off and some we’ve got a little bit of work to do.”

More specifically, the service was “blown away” with a map interface that allowed soldiers to see where the robots were, Brig Coffman said. To a lesser degree, the army was also pleased with the software linking the robotic vehicle and the control vehicle.

”The aided target recognition works while stationary but part of the challenge is how you do that on the move and how that is passed to the gunner,” the one-star general explained. “So, we’ve got some work to do with that.”

Additional work is also needed on the weapon stability system to ensure that it is secure enough to move across varied terrain. 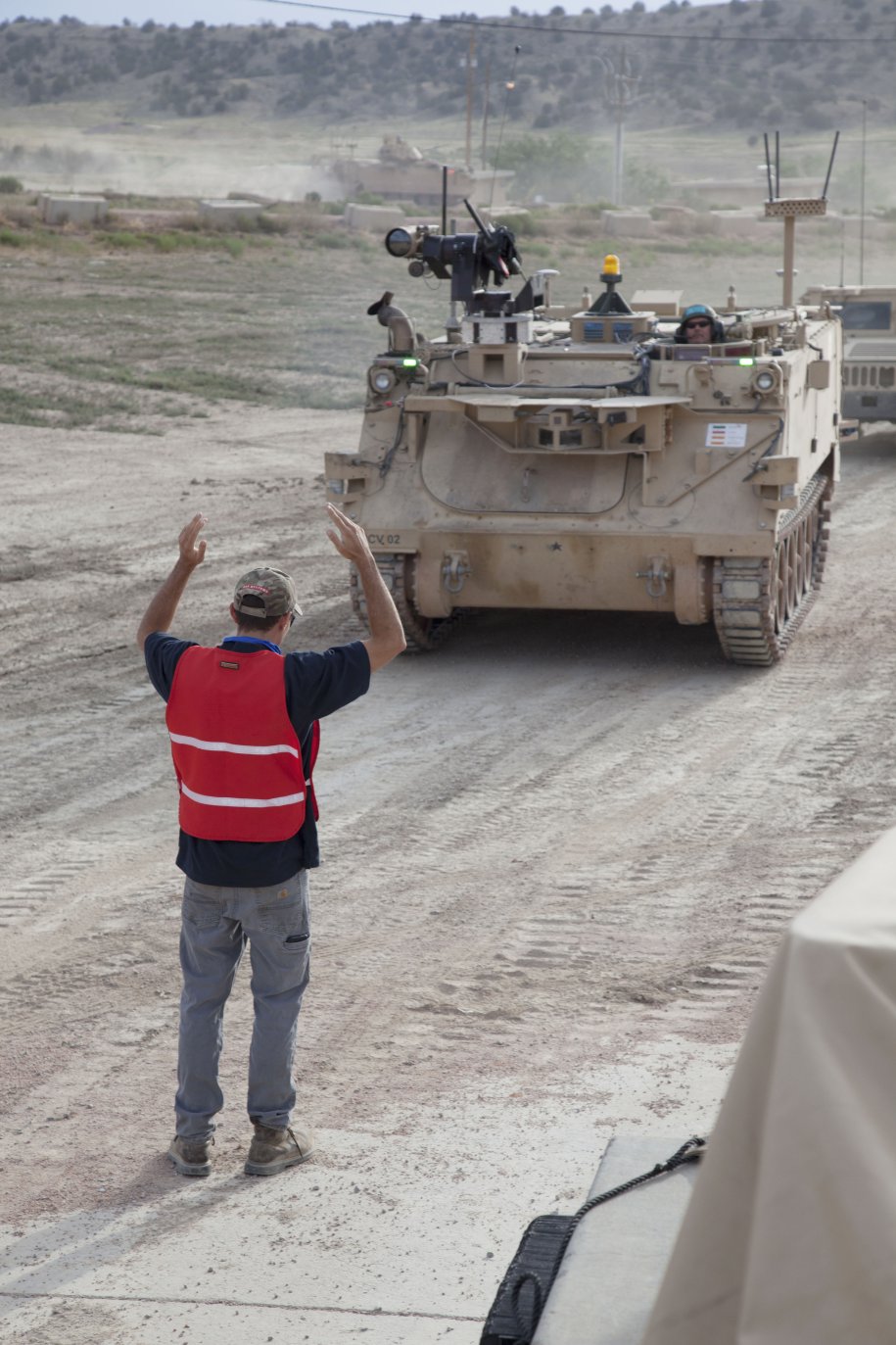