The US Army received its final Airbus Helicopters UH-72A Lakota support helicopter in the third quarter of 2020, ahead of the commencement of UH-72B deliveries in 2021. 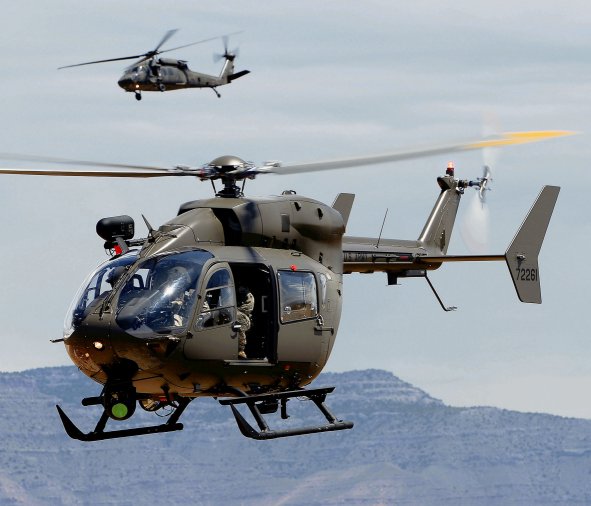 With all 463 UH-72A (pictured) helicopters now delivered, the US Army will soon begin receiving the upgraded UH-72B. (US DoD)

Speaking to Janes and other media on 26 January, Airbus Helicopters chief executive officer Bruno Even said that the last of 463 UH-72As was delivered from the company’s factory in Columbus, Mississippi, in September 2020 (though not announced at the time), with the first of 17 UH-72B standard Lakotas set to arrive later this year.

Derived from a European platform, the Lakota is licence-built at Airbus Helicopters’ facility in Columbus, Mississippi. Since deliveries commenced in 2006, the US Army and National Guard have amassed nearly 800,000 total flight hours.

The US Army originally procured the Lakota to free up front-line types such as the Sikorsky UH-60 Black Hawk and enable the phasing out of older types such as the Bell UH-1 ‘Huey’ and OH-58A Kiowa Warrior. The Lakota comes in seven configurations for missions including training, border security, search-and-rescue, medical evacuation, disaster response, VIP transport, and range support.

First revealed in late August 2020 at the National Guard Association of the United States (NGAUS) virtual tradeshow, the UH-72B is essentially a US Army version of the latest civilian model H145 helicopter. “The [US] Army is leveraging the benefits of a commercial off-the-shelf programme by receiving product improvements and enhancements through the evolution of the aircraft, without investing any government money into the development of those capabilities,” Airbus said at the time.

The US Army received its final Airbus Helicopters UH-72A Lakota support helicopter in the third quar...