The US Army is still planning to meet its Integrated Visual Augmentation System (IVAS) first unit equipped (FUE) date sometime between July and September but is also deciding how to avoid subsequent delays after lawmakers sliced USD235 million from the technology’s procurement budget.

Lt Col Winn said he anticipates meeting the remaining IVAS prototyping and testing milestones, adding that “we’re still on track to field the first unit with IVAS in the fourth quarter of FY 2021”. However, the service is conducting an analysis to determine “when and how many systems” will be included in the FUE batch.

”As of right now, we don’t see production delays for FUE,” Lt Col Winn wrote in a 12 January email. “Beyond that, it’s too soon to say if or how the cuts will impact [the programme].

“Funding cuts are never easy to digest because we must find ways to mitigate the impact and remain on schedule in order to get a critical system into the hands of our close combat forces in a timely manner,” he added. 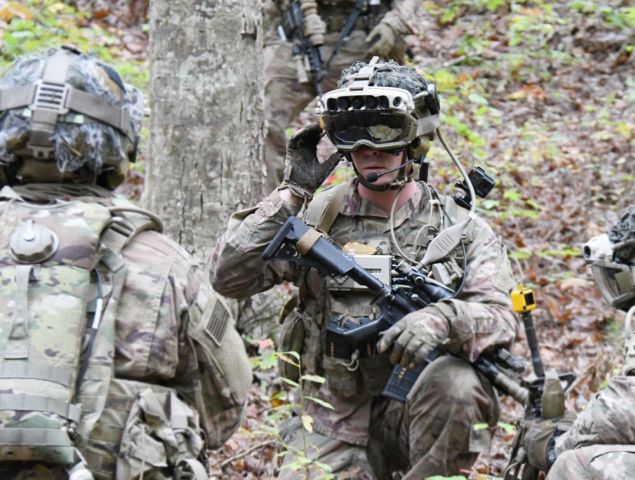 US lawmakers have sliced procurement dollars from the army’s Integrated Visual Augmentation System (...