The US Army on 24 August issued 10 Air Launched Effects (ALE) project agreements totalling USD29.8 million, according to a service statement.

ALE is a family of systems consisting of an air vehicle, one or multiple payloads, mission system applications, and associated support equipment. They are designed to autonomously or semi-autonomously deliver effects as a single agent or as a member of a team. The goal of ALE is to penetrate, disintegrate, and exploit anti-access/area denial (A2/AD), mid-tier integrated air defence systems, and long- to medium-range fires in the close and deep manoeuvre areas. 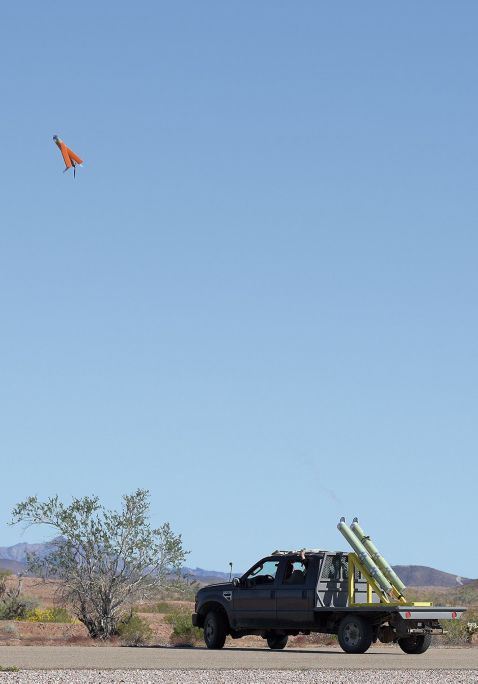 An Area-I Air-Launched, Tube-Integrated, Unmanned System (ALTIUS) is launched from the bed of a truck on 4 March 2020 at Yuma Proving Ground, Arizona. This was part of demonstrations for the US Army’s Air Launched Effects (ALE) effort. (US Army)

The 10 projects are categorised into three lines of effort: Air vehicle, mission systems, and payloads. Three agreements for the air vehicle were awarded to Northrop Grumman, Raytheon Technologies, and Area-I.

The US Army Aviation unmanned aircraft system (UAS) project office programme executive office (PEO) said on 26 August that these project agreements, while similar to contracts, are executed under the Aviation and Missile Consortium’s (AMTC’s) other transaction authority (OTA). These project agreements, the office said, were competitively awarded through the AMTC’s 19-04 call for enhanced whitepapers.