Out in the hot desert environment of Yuma Proving Grounds, Arizona, the US used Project Convergence 2020 range time to separately test out new and appealing technologies not part of the capstone demo including Robotic Research’s Pegasus: a hybrid unmanned ground vehicle (UGV) and unmanned aerial vehicle (UAV).

Over six weeks, various army modernisation leaders spent time out at Yuma working on an experimental sensor-to-shooter demonstration that ended with a capstone demonstration, in part geared at reducing the decision-making cycle from 20 minutes to 20 seconds. Various new weapons and stand-in systems were put to the test, including the Extended Ranger Cannon Artillery (ERCA) effort, an MQ-1 Grey Eagle representing a Future Attack Reconnaissance Aircraft (FARA), and Next-Generation Combat Vehicle (NGCV) surrogates.

However, the month-plus desert event was not limited to technologies demoed in the event, and the army used its time there to test out other capabilities that it may be interested in, including Pegasus.

”What we’ve proven is that Pegasus, combined with ground systems, can autonomously map an area,” NGCV Cross-Functional Team lead and the director for Project Convergence Brigadier General Ross Coffman told Janes on 22 September.

”You can envision sending two unmanned ground vehicles and two Pegasus to an area and say, ‘I want you go map that airfield’ and they would digitally map it. That’s all done autonomously through air-and-ground pairing,” the one-star general added. 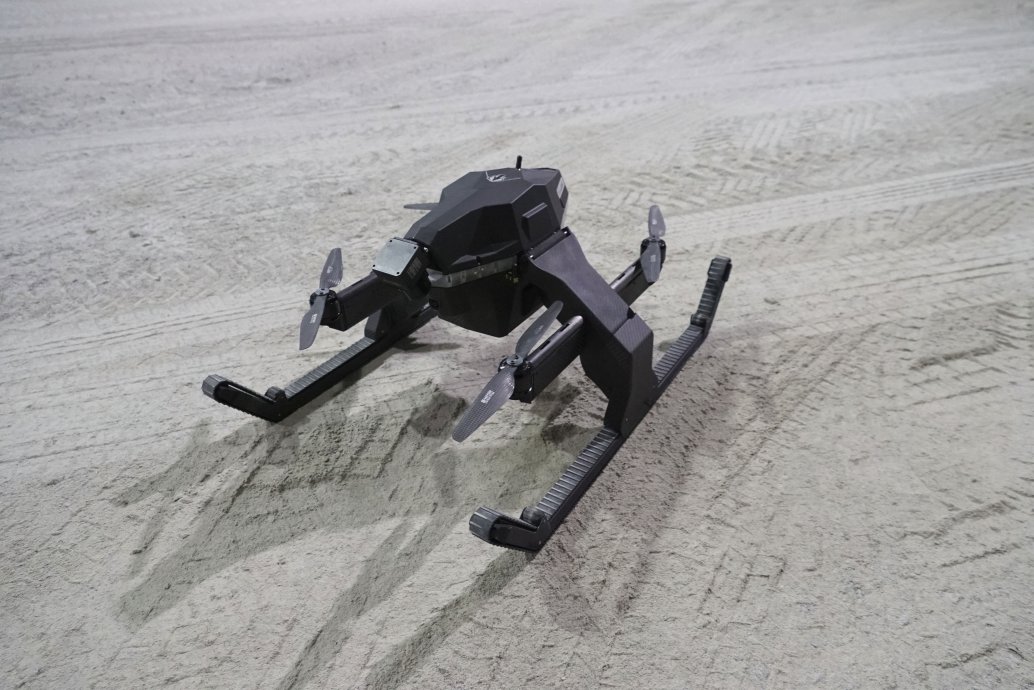 Shown here is a previously taken photo Pegasus, a UAV-UGV combo. The US Army tested out the hybrid drone at Yuma Proving Ground. (Robotic Research)