The coronavirus pandemic derailed the Pentagon’s Defender 2020 exercise plans, while also trapping soldiers from the US Army’s 2nd Armored Brigade Combat Team, 3rd Infantry Division on the continent for six months longer than anticipated. These troops, though, used the added time to hone their live-firing skills, glean lessons learnt to pass on, and shed legacy weapons.

Several “Spartan Brigade” leaders, including Commander Colonel Terry Tillis, fielded reporters’ questions on 24 March about their extended European deployment, boosted from 90 days to nine months, and provided some details on how the additional time enabled them to iron out logistics issues and prepare to receive a host of new ground combat vehicles.

In the lessons learnt column, the service used a private company to transport 29 M1A1SA Abrams main battle tanks from Poland to Lithuania over rail. The army was in the process of moving the entire lot at once when the plans went awry. Although the rail gauges are standardised across most of Europe, they change at the Lithuanian border. When the train couldn’t proceed, it was stopped for a “rail exchange” and a crane was used to take the tanks off one train and load them onto another, Sergeant Major William Black said. However, the new train was only able to carry 20 Abrams, and the remaining nine were delivered the following day.

“We just need to articulate the requirement of how many we're trying to move and then it's a very deliberate planning process,” Col Tillis added. “Once we aligned the resources, we were able to move between 10 countries relatively easily. But the key piece for us was to actually make sure that we understand to provide the actual requirements for our host nation partners.” 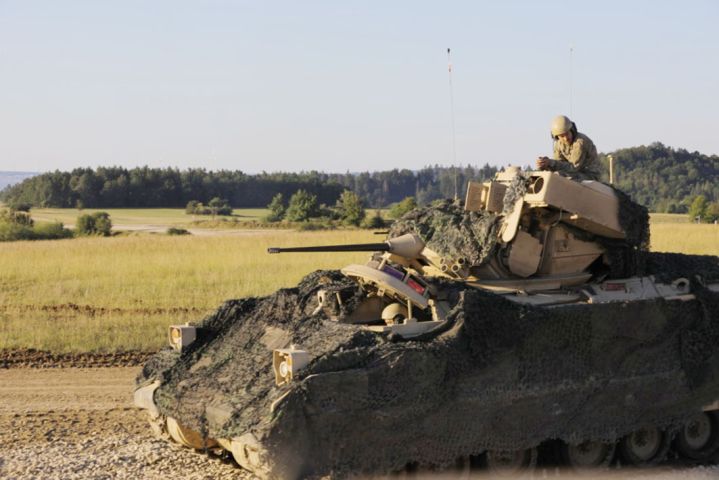